Top Cybersecurity Jobs of 2022 and How To Land One 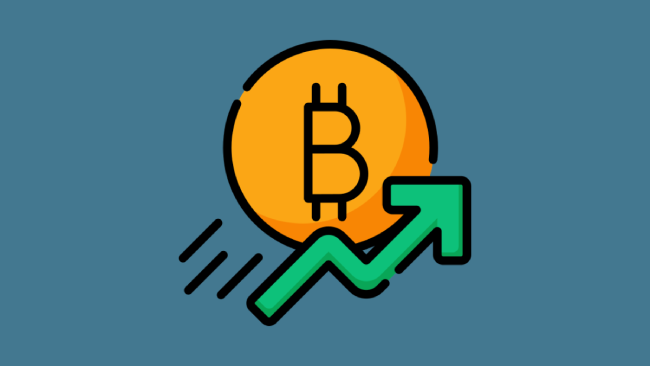 Does Bitcoin Success Mark the Beginning of the Financial Revolution?

Shortly after the global financial crisis of 2007/2008, a mysterious entity named Satoshi Nakamoto launched Bitcoin. Since then, Bitcoin has grown dramatically, and this has caused shock waves across the financial system. While skeptics rubbished Bitcoin as only a bubble that would soon burst, they must now be reconsidering their initial positions seeing how far Bitcoin has come.

Nothing much seemed to happen for the first several years after Bitcoin’s launch in 2009. Interest in the innovation remained low, giving skeptics even more reason to claim it was a short-term bubble. However, it was time to notice when Bitcoin started hitting the headlines around 2017 when its market capitalization hit the $300 billion mark.

Before we continue, is online trading your forte? Then, you should check out the such as Bitcoin Prime software specifically designed for online trading. You can sign up and start trading online immediately.

Satoshi Nakamoto developed Bitcoin with a clear purpose. He launched Bitcoin as an alternative payment system that would not have centralized control like the conventional fiat currency. Bitcoin is a peer-to-peer electronic payment system. Unlike the traditional payment system using fiat money or bank transfers, the government or banks do not control or manage Bitcoin.

So, having experienced the 2007/2008 financial crisis and the big corporations’ role in causing it, the developer must have been inspired to create a new system that would be different from the existing one. Blockchain technology supports Bitcoin making it impossible for any government, bank, or corporation to interfere.

The presence of many intermediaries characterized the conventional financial system. For example, if you wanted to pay for goods using your credit card, your credit card company and bank would be involved in charging fees and so on. Moreover, they would know and control how you use their services. Your bank could suspend your account at any time and for whatever reason.

Bitcoin provides a fresh alternative to the old payment system. You don’t need intermediaries to transact with it. Instead, the blockchain network will verify and record your transaction. If you want to pay for something using Bitcoin, the seller gets the payment directly and almost at no cost.

The Success of Bitcoin and the Financial Revolution

Today, Bitcoin has achieved considerable success. Despite the slow beginning, Bitcoin has a user base exceeding 180 million. And this makes it the most popular cryptocurrency to date. More entities are still joining Bitcoin, and this will see its user base grow even further in the future.

In terms of market size, Bitcoin now commands around $410 billion in market capitalization. And this is more than the GDP of many countries, including Finland, Kuwait, Venezuela, and Paraguay. The fact that it has grown this much within a reasonably short period of about 13 years is worth noting.

More interestingly, though, is that more institutional investors are now embracing Bitcoin, including those in the traditional financial sector. Significant Banks like Wells Fargo, Barclays, UBS, and Citigroup have started embracing Bitcoin and other cryptocurrencies. Even countries like El Salvador and the Central African Republic have legalized Bitcoin as an official legal tender.

Despite the skepticism and negative criticisms, Bitcoin’s success marks the start of a financial revolution like no other. It is already causing disruptions in the financial system, and with time, the economic transformation might become more apparent.