How to Fix if One AirPod is Louder Than the Other (EASY Fix!) 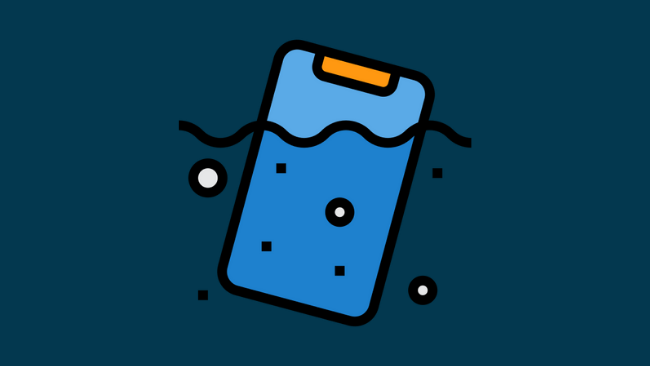 How to Eject Water from iPhone Using Siri Shortcuts

People were excited when Apple made their iPhone devices water resistant! But, of course, it doesn’t mean that you can keep your iPhone submerged in the water for hours. It is rated for a depth of 1 meter for up to an hour. On the other hand, an occasional splash would not hurt your device. Nor would you damage your iPhone if you accidentally drop it in a tub full of water.

However, getting your iPhone ready for regular use is difficult once you have dropped it. Because the iPhone comes with speaker grills, a SIM slot, and the Lightning port, they will accumulate water particles. It means you have to eject all these water particles to use the phone without any disruption. On Apple Watch, it’s easy because you can use the Eject Water function. Unfortunately, this water eject option is not available on iPhone – at least not officially.

Worry not, though; there is a way. In this article, we have answered the big question you have: how to eject water from your iPhone. And we will be doing it with the help of Siri shortcuts. We will cover some basic info first.

When Do You Need the Water Eject iPhone Function?

Here are some instances when you may need to use the water eject function on your iPhone.

Suppose you accidentally dropped your iPhone in a tub and picked it up in a few seconds. While your phone will be safe, the speaker/mic grills will have accumulated water particles. As a result, you may feel some kind of disruption during phone calls and media playback. The same thing will happen if you use your iPhone during rainfall. The speaker grills and mic vents will be exposed the most and contain water particles.

If you wait for an hour or so, the water particles will be evaporated and bring your device back to normalcy. If you want to speed up the process, you can use the water eject function. Using the water eject function on iPhone is a great way to avoid potential water damage as well. Even though iPhone devices are tight-packed, there is always the possibility of things going south.

Apple Watch has an official function for water ejection — because it’s a wearable device. On iPhone, though, you need to seek the help of a Siri shortcut. By the way, you can use third-party apps for the same purpose.

How to Eject Water from Your iPhone Using Siri Shortcuts?

Shortcuts are one of the remarkable features that Apple introduced to the iOS/iPadOS/macOS ecosystem in the past two years. If you have a device running iOS 13 or later, you can find the Shortcuts app on your iPhone. In addition to the built-in shortcuts, you can create shortcuts at your convenience.

In this case, though, we recommend using a third-party Shortcut for Siri.

Here is how to use the eject water function on an iPhone running iOS 13 or later.

Once the shortcut has done its job, it will show you a completion message. To avoid further problems due to its function, the shortcut will also reset the volume level to 50%. By the way, if running the shortcut once does not solve the problem, you can repeat everything.

The best part? This shortcut is already integrated with Siri. Instead of going through the Shortcuts app, you can simply ask Siri to ‘eject water.’ It will start the process and give you the intended results.

You have to keep in mind that the water eject shortcut is not a perfect solution. Therefore, you have to wait for a few minutes until you charge the device again. Of course, when you think about it, it is better to keep your iPhone away from water in the first place. Alternatively, you can consider getting a waterproof case for the device.

How to Eject Water from iPhone without Siri Shortcut?

Let’s say that you do not want to use the method we have mentioned above. For instance, you may not want to add a third-party shortcut to your iPhone or something. Regardless of the reason, you have some solutions in this respect. We have listed two options that you can try.

Sonic is one of the productivity apps you can download from the App Store. It allows you to play different kinds of sounds from your iPhone — including the ones to eject water from speaker grills and mic vents. In this case, what you have to do is simple.

Clear Wave is a sound-testing app available for iOS and iPadOS devices. Because it can produce sound from different frequencies, you can use the app to eject water from iPhone. So if you do not want to use the iPhone water eject shortcut that we mentioned, you can use the Clear Wave app.

First, you have to download and install Clear Wave from the App Store. Once you have opened the app, you can tap on the button at the center of the screen. Now, make sure that you keep your device faced down — while the app does all the tasks.

After a minute or so, you can see the water being ejected from the iPhone. It ultimately answers the question of how to turn on water eject mode on the iPhone, even though the iPhone does not have an official feature. As mentioned in the last case, this method can also be repeated until you see some success.

See also
How to Fix iPhone Messages are Indexing

How Does Eject Water from iPhone Work?

The Eject Water from iPhone function works using powerful sound waves. By adjusting the frequency of the sound coming out, its force can also be altered. This force is used to push water out of the iPhone, making your device water-free. This process can be done with a Siri shortcut or a custom-made iPhone app. On top of sound, vibration motors on the device will also be used in the process.

Why iPhone Water Eject Siri Shortcut Is the Best Way to Get Rid Of Water From The iPhone?

First and foremost, the Siri shortcut is the most accessible way to remove water from the iPhone. As you can see, you do not have to install any applications on your device. On the other hand, a simple shortcut can be added to the device. Also, we have to commend the effectiveness of the process. This step can remove even the slightest amount of water stuck inside the speaker grills or mic vents.

How do I allow unknown shortcuts on iPhone?

You can allow unknown shortcuts on iPhone using the Settings menu. You can open Settings and go to the Shortcuts tab. On this page, you can find a switch to turn on ‘Allow Unknown Shortcuts’ on iPhone.

Is the water eject shortcut in iPhone safe?

The water eject iPhone shortcut is one of the safest options to remove water from your device. If you think about it, the process makes use of only two things: the iPhone speakers and the vibration motors. Therefore, you do not have to worry about the safety aspect while using the water eject Siri shortcut.

Are you still wondering how to eject water from iPhone? Well, you can find the three best options on top. It is also worth noting that the methods we have mentioned are completely safe. Do you know any other way to remove water from a wet iPhone? Do let us know through your comments.