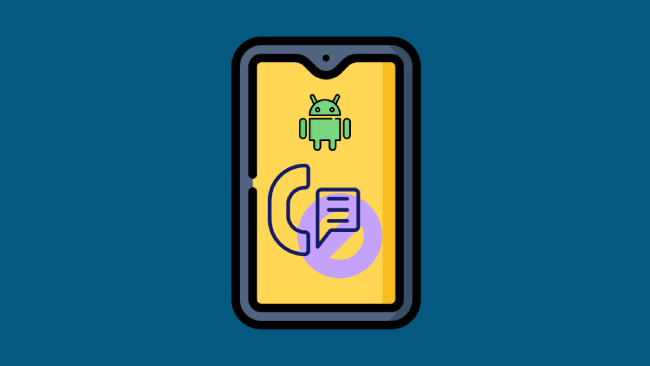 What Happens When You Block a Number on Your Android Phone

As a phone user, it gets to a point where you’ll need to block some numbers due to privacy or personal reasons. However, a question that keeps bothering many of you: What will happen when I block the number on my Android phone?

In this article, you’ll get to understand what will happen to your calls, messages, and other apps. Also, I’ll give you a procedure for blocking someone using the Phone app or Message app. Not forgetting, you’ll get to know how to unblock someone using your Android phone.

What Happens to Calls After Blocking a Number on an Android Phone?

Regular calls are primarily impacted when you block a number. After blocking a phone number on your Android phone, you won’t get regular calls from that number. Therefore, phone calls from your blocked number will be automatically rejected. You won’t get voicemail notifications either. However you can still call them from your end and converse with them.

What Happens to Messages After Blocking a Number on Your Phone?

Blocking a number also has a significant effect on SMS texts. It prevents that number from sending you text messages (MMS or SMS). Calls and messages both have a one-way effect. When you text the person you’ve blocked, they’ll receive your message, but they won’t be able to respond to the text message.

What Happens to Other Apps?

Blocking a number through Contacts, Settings, or the Phone app only affects normal messages and calls.

You can still get calls from the blocked number through other apps such as Instagram, Snapchat, WhatsApp, Facebook Messenger, etc. Therefore, if you don’t want them to contact you anymore, you’ll have to block them on each of these apps.

What Happens When the Blocked Person Calls You?

Depending on your carrier, a blocked contact can hear different things when they try to reach you. For instance, some people may be met by pre-recorded messages stating that the number is unavailable, busy, or unable to accept calls, among other things. One ring will be heard by others before the call automatically disconnects.

How to Block a Number on Android Phone

In most circumstances, you could block calls via the Messages or Phone app, though the process can differ based on the device model and Android version.

1. How to Use the Phone app on Android to Block a Phone Number

On your Android device, go to the settings of the Phone app and select the Blocked contacts option to block a contact or phone number.

2. How to Block a Number on Android Using the Messages App

By following the procedures listed below, you can block a number by using the Messages app:

Can Someone Tell When You Block Their Number on an Android Phone?

Anyone you block won’t get a notification when they’ve been blocked so they won’t be aware of it. Whenever they attempt to text or call you, it either gets disconnected immediately, goes straight to voicemail, or filters into the spam box.

They might assume that you’re unavailable at that particular time. They won’t be able to tell whether you received any texts they attempted to send you, and they will all wind up in your spam folder.

There is no easy method to determine whether or not someone has been blocked unless they have prior knowledge and an understanding of how blocking functions.

Fortunately, there’s a way in which you can find out if someone has blocked you.

1. How to Know When Someone Blocks Your Calls

The following are easy ways of determining whether or not someone has blocked you:

How do you hide your Caller ID?

2. How to Know When Someone Blocks Your Text SMS

There is a way to determine whether a blocked number has attempted to contact you, although the notifications for calls and texts from persons you blocked might not be active compared to regular ones.

While calls go straight to voicemail, blocked messages are delivered to the spam folder’s Unknown Senders inbox. You can still access the blocked number’s full profile to identify who it is.

To view texts from the inbox of Unknown Senders that have been blocked:

How to Unblock A Number that Was Blocked

Blocking a number does not have a lasting effect on an Android phone. You can always undo this by searching the list of blocked contacts and retrieving the number.

Can you text someone you blocked?

Yes, you can text someone you’ve blocked. They will receive every message you send to them. You can still text them since blocking someone prevents them from texting you.

Will a text message be delivered if blocked?

When you cannot view the delivery report or read the receipt, this is a sign that you have been blocked. The text you already sent will remain visible in a blue bubble, though it won’t have any delivery information below it, such as a “Not Delivered” note.

When you block someone on Android, what do they see?

If they text you, their texts will still appear to have been sent, and they won’t be informed that they have been blocked. On the other hand, if they try calling, they’ll be directed to voicemail, giving them the impression you are unavailable.

Can you tell if someone blocked your number on Android?

Yes, call using your phone number first. Listen to the voicemail if the call ends up in voicemail. Try again calling with a phone with a different caller ID. If the phone goes through, it indicates that the recipient has blocked you.

What happens when you block a number on an Android text message?

Blocking a number prevents that number from sending you text messages (MMS or SMS). You won’t get the message even if it’s sent from the sender’s side.

What do callers hear when you block them?

A call is considered normal if it rings the typical number of times before going to voicemail. Callers will only hear one ring and then get diverted to voicemail if they’re blocked. Also, a strange ring pattern can sometimes indicate that your phone number has been blocked.

I hope I answered all your questions concerning this subject. You don’t need to worry when you block someone because you have the power to contact them when you want, but they don’t. If you are uncertain about being blocked, I have given you a way in which you can follow and know the truth.