Domain Name Registration: How to find and Register a Domain Name 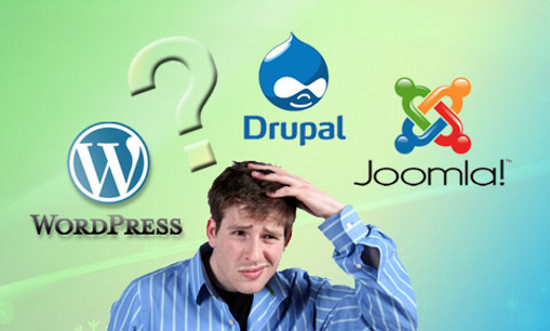 WordPress Vs Joomla Vs Drupal Which One is Best and Why?

In any discussion of WordPress Vs Joomla Vs Drupal it is essential to leave your personal preference and experience behind you, and discuss the pros and cons of each dispassionately and objectively. Many people are quick to offer subjective opinions simply because they may be familiar with WordPress, but not with either Drupal or Joomla.

All three are CMS systems with their own strengths and weaknesses, and which you select for your project will very likely be influenced by your past experience of any of these and the type and scale of your development. Here are some comparisons between WordPress Vs Joomla Vs Drupal that might help you decide which you are best to use for your own project.

There are many ways to compare these three options, and here we shall simply list the advantages and disadvantages of each, and then comment on which CMS system is best for each type of project.

We start with WordPress because it has a simple interface and also enables fairly simple customization by means of the many templates and plugins that are available online – many of them free to use.

In the WordPress Vs Joomla Vs Drupal comparison, WordPress is easier to use than Drupal or Joomla. You also get better forum support with WordPress. However, Joomla has its advantages, one of which is security that will be discussed later. Joomla is an offshoot of the Mambo CMS, formed in 2005 by Mambo developers who decided to create their own CMS system. Since Joomla can generally do what Mambo does and a lot more, we shall focus on Joomla here. Incidentally, Joomla is Swahili for ‘all together.’

Joomla is generally rated below WordPress for almost all applications, but better for security (though not as good as Drupal!) Most developers would rather not use Joomla, unless their existing architecture is already based upon this CMS system. However, Joomla has its adherents that will use nothing else – and this is a personal review.

Drupal is regarded by many as the Rolls Royce of popular CMS software, but it is not perfect and is not as easy to use as WordPress by those that are not developers. While WordPress is practically turnkey, Drupal requires developer knowledge. It shines above Joomla and WordPress for breadth of application and purity of coding.

WordPress is well known for its lack of security in comparison to Joomla. Drupal beats them all, but if you had to choose between Joomla and WordPress for security alone, it would have to be Joomla in spite of it being the inferior CMS overall. Because WordPress is used by so many people, there have been more hacks and it is now regarded as being fairly easy to hack.

Not only that, but as each develops, there are more fresh security weaknesses found in WordPress than in Joomla. Additionally, most people use proprietary and ‘home-made’ themes and plugins that are easy to infect and also easy to hack. Drupal is one of the most secure CMS systems on the market (the White House uses it), but between Joomla and WordPress, Joomla wins – possibly only because of its lack of popularity compare with WP.

There is really no contest here: Joomla has poor built-in SEO, and cannot compete with WordPress in this regard. Even the WP SEO plugins are better than Joomla. The main SEO plugin for Joomla is very user unfriendly, and is impossible to alter to suit your website without having a good understanding of the Joomla coding.

Conclusion: WordPress Vs Joomla Vs Drupal

In comparing WordPress Vs Joomla Vs Drupal it has to be kept in mind that each of these content management systems are different, and we are not comparing like with like. However, in general, WordPress comes #1 for ease of use by ordinary people that are using the system to create a website or blog.

Drupal comes #1 for those professional developers seeking a fully functional CMS that can be employed to design large-scale applications of various types with varying degrees of functionality. However, if you do not want to use Drupal, and security is a major concern, then you might find that Joomla will fit the bill. It may require a developer experience in Joomla to design a project, and there is not as much help from the community with Joomla as you will find with Drupal and WordPress.

Ultimately, Drupal is tops for larger and more complex CMS projects for businesses and corporations, with WordPress best for ordinary individual users. Joomla may have niche uses between these two extremes, particularly due to its superiority over WP in terms of security.