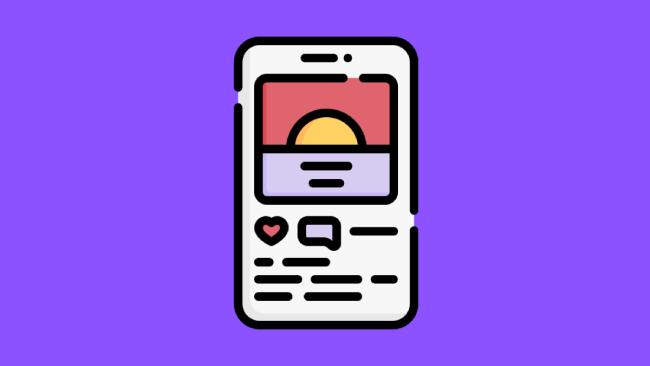 Instagram is by far the most popular and most used application when it comes to social photo sharing. A lot of people have expressed concern about the near-monopoly that Instagram enjoys in its field of operation. So there is a space for apps like Instagram to step in and address some of the concerns that the original software seems to be pitched with.

Discussed at length are some of the sites like Instagram that provide more or less the same functionality and user experience as the original one. It goes to show that a near monopoly like Instagram cannot succeed in wiping out the entire competition in one go and there are always substitutes for Instagram if only one were to spend time looking for them.

Pinterest is to be noted for the visual appeal that it provides the user. It is rather slick and easy on the eyes as well while at the same time offering a social network of people who appreciate some good pictures.

One advantage of Pinterest over Instagram is the feature of pinning the pictures onto the homepage. This allows the display of some of the most promising pictures in your collection on your wall. It is a neat way of catching hold of the eyeballs as well. Pins can also be linked to web pages so that the user can add lots more information to them.

Just like Instagram, Retrica is both a platform for hosting great pictures as well as a social media network. One of the features of the application is that it can be used to host GIF presentations and provides the user the facility to create custom GIF images from a collage or collection of pictures.

Retrica allows the user to do all that Instagram does and more. It permits the addition of fun filters and adding effects to pictures and stamps. The app does get to showcase the creative side of the user most of the time. At the same time, you are part of a user community that aims at creating some of the best picture effects.

It could be said that Snapchat comes closest to the original Instagram in terms of reach and popularity of the application. This is an alternative app for Instagram that can be used by shutterbugs as well as network enthusiasts.

Posting a picture as a story is rather simple to do affair on Snapchat and the app hosts the real for 24 hours after the first post. The application is ideal for those that have a lot of pictures and stories to share but which need not be permanent. The flavor of the moment can be expressed in detail and to the user community as well.

People know Tumblr as an app similar to Instagram and offers bloggers an easy-to-use platform that can also share images and pictures as well. The feature to post GIFs is just a convenience to the popular image-sharing platform.

Although photos and videos are the most popular posting on Tumblr, it is possible to have audio posts, text posts, chats, and more as you follow other users on the platform. It is possible to re-blog some of the most notable posts from other users and this makes for a strong networking action.

This is an application that has undergone several overhauls in the past years to make it still more relevant to the users and fans. It has a stronger privacy policy than Instagram and a lot of users prefer it for this feature. The platform is available for use as a desktop and mobile application as well.

This is one of the easy-to-use alternatives to Instagram and can be used to share pictures and quotes among friends and connections. Over the years, We Heart It has managed to garner some of the most inspirational groups of people to be had on the internet. So the app would be a natural choice for those wanting to express themselves to other creative people.

Your profile is the canvas onto which pictures are uploaded and there is a hearts section that showcases the most promising of the uploaded pictures. People can see your canvas as well as the inner hearts section to savor what the participant has to offer.

VSCO is a very popular substitute for Instagram and is simple in its application. Available at hand are some of the most powerful image rendering tools to be had free of cost to the user. So much so that there is a vibrant group of users that swear by the freedom to create that the platform offers.

VERO is a social networking platform like Instagram but with a stronger grip on privacy issues. This makes it ideal for people to post some of their very personal moments so that they would not be misused in any way. Simple to use and intuitive, this is a social platform for those very private moments that people want to share with others.

The best part of the Imgur application is that it is completely free to use. It is possible to build a network of people with similar interests and tastes in pictures. With the ability to publish content at the touch of a button, this is a platform that is simple to use yet versatile.

This could be said to be the mother of all social networks for the simple reason that everyone on the planet seems to be on it. Privacy is a concern among Facebook users and it must be pointed out that the privacy policy undergoes changes from time to time which can be a little discomforting for people on the platform.

It must be said of social media platforms that they do come with their own issues at best. Privacy is of utmost concern to a lot of the users and they would then prefer platforms that strongly advocate the personal space. It is important for the user to understand the platform that is being used to create a network and more so when pictures are involved.

Often with a number of picture-sharing platforms, what is being posted would often end up being used for purposes to which the original owner of the picture would not have consented. It is thus possible to see that there is a growing awareness of this problem and a number of picture-sharing platforms have taken proactive steps to address the issue.

At the same time, it must be realized that from among the options that have been presented to the user in the above article, he must be careful in choosing the right platform after having understood what it takes to be on the particular application.