How to Fix GPU Fans Not Spinning? [7 Working Steps] 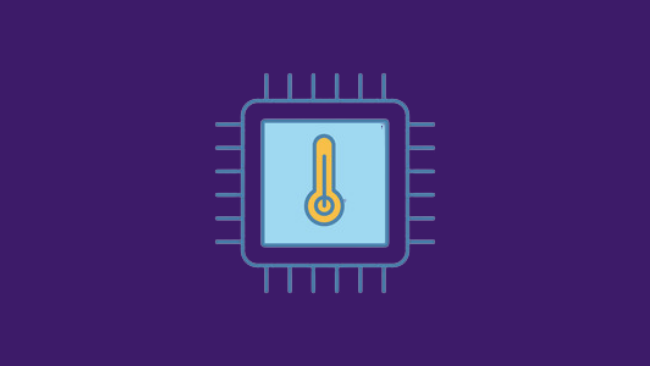 What is CPU Thermal Throttling? Causes and How to Prevent

Your computer’s CPU is a key component that affects its performance. When the CPU gets too hot, it can cause thermal throttling.

CPU thermal throttling is a phenomenon that occurs when the CPU reaches a certain temperature. When this happens, the CPU will slow down in order to prevent itself from overheating. This can cause some serious problems for your computer, and can even lead to permanent damage.

In this blog post, we will discuss what CPU thermal throttling is, its causes, and how you can prevent it from happening.

What is CPU Throttling?

CPU throttling is a process that is used to slow down the CPU when it gets too hot. This helps to prevent the CPU from overheating and damaging itself.

When the CPU throttles, it will reduce its clock speed in order to stay within a safe temperature range. This can lead to a decrease in performance, as the CPU will not be able to run at its full potential. It is important to note that CPU throttling is a normal process that occurs when the CPU gets too hot.

Thermal throttling and CPU throttling are often confused with one another since they both signify a CPU that is running slower than expected and systems that are too hot. This is not completely incorrect, but it is also not exactly correct. They are in fact very closely related on this issue, but there is a key distinction to be made between the two.

CPU throttling actually refers to DFS technology. Under heavy load, the dynamic processor scaling technology known as Dynamic Frequency Scaling (DFS) limits the power draw of the CPU. This feature is used by processors to balance clock speeds, power consumption, and safe operating temperatures in order to keep the chip as efficient as possible.

Thermal throttling, on the other hand, is a CPU that is throttling as a result of bad temperature management. In other words, the CPU is functioning properly by lowering its voltage and frequency to avoid burning up, but there’s clearly an issue with overheating.

How to Check if your CPU is Throttling?

If your system suddenly started to hang or freeze randomly, it might be because of CPU Thermal Throttling. There are a few ways to check if your CPU is throttling. The first, and most obvious way, is to check the temperatures of your CPU. If the CPU is getting too hot, then it is likely that it is throttling.

Another way to check for throttling is to monitor your CPU’s clock speed. If you notice that the clock speed is fluctuating or that it is lower than usual, then this could be a sign of throttling.

Windows 10 and 11 come with a basic hardware monitoring application, Resource Monitor, that may be used to determine whether your CPU is throttling quickly. Here are the steps to use it:

You can also use a program like CPU-Z to check for Throttling. CPU-Z is a program that provides detailed information about your computer’s hardware. If you see that the ” throttling ” column is filled with ” Yes “, then this is a sign that your CPU is throttling.

What are the Causes of CPU Throttling?

There are a few different causes of CPU throttling.

How to Fix CPU Thermal Throttling?

Here are a few ways to fix CPU thermal throttling.

On your system, switch to the Power Options to adjust the Power settings. Here are the steps for that:

If you are still experiencing thermal throttling after trying the above solutions, then you may need to update your BIOS. BIOS stands for Basic Input/Output System. It is software that controls the hardware of your computer. An outdated BIOS can lead to a number of issues, including thermal throttling. Updating your BIOS can help to fix this issue.

One way to help reduce the temperatures of your CPU is to increase airflow. This can be done by adding additional fans, or by cleaning out the dust from your computer. Check if CPU and GPU fans are properly working.

Turbo Boost is a feature that allows your CPU to run at higher speeds when needed. However, this can also lead to higher temperatures and can therefore cause thermal throttling. If you are experiencing this issue, then you should disable Turbo Boost.

CPU throttling is not necessarily a bad thing. It is a way for your CPU to protect itself from overheating. However, it can lead to slower performance.

How to check if your CPU is throttling?

There are a few ways to check if your CPU is throttling. One way is to use a CPU monitoring tool such as CPU-Z. Another way is by using Resource Monitor on Windows OS.

How to stop CPU throttling in Windows?

There are several ways to stop CPU throttling in Windows. One way is to disable Power Saver and Balanced modes. Another way is to try updating your BIOS or disabling overclocking. You can also try other ways listed in this post.

Should I disable CPU thermal throttling?

Should I enable CPU thermal throttling?

Yes, you should enable CPU thermal throttling. Thermal throttling is a way for your CPU to protect itself from overheating. It can help to improve the performance of your computer and can also help to extend the life of your CPU.

There are a number of different factors that can cause CPU thermal throttling. One factor is overclocking. Another factor is an outdated BIOS. Additionally, insufficient airflow and high ambient temperatures can also lead to this issue.

CPU throttling can be caused by a number of different reasons. In this article, you learned different ways to fix it. If you’re still experiencing CPU thermal throttling after trying these solutions then it may be time to upgrade your system hardware such as CPU and GPU as they might be pretty old.