What is MoUSO Core Worker Process? Is It Safe to REMOVE It? 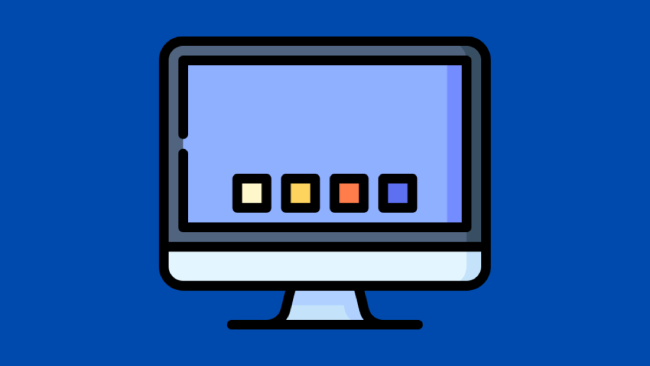 It is necessary to clean out the clutter of the desktop for users who are dealing with so many different apps and software in their systems. There are many apps available in the market that can make users’ life much easier by making their desktops more functional and stylish. Dock apps are basically graphical app launchers that can be utilized to arrange the desktop neatly. These apps can be customized easily, and users can widen their usage as per their needs. Here we will dive into the best apps for Windows 10 dock and Windows 11 dock as well.

The WinLaunch dock for Windows is a free and convenient application launcher that has been taken from Mac OS X Lion. It is considered one of the best apps for Windows 10 dock.

Sliderdock is slightly different from other Windows 10 dock apps. It has some efficient tricks and features that allow users to include files, folders, and programs in each circular book on ring quite easily by dragging and dropping. It is a free dock for Windows 10.

ObjectDock is the biggest competitor to Nexus Dock. It is considered the most popular dock for Windows 11, offering a wide range of customization options. It is one of the Windows 10 dock apps that create an animated launcher on the desktop along with app icons placed on a chart. It is compatible with Windows 10 and 11.

Material Taskbar (Rainmeter) is another brilliant Windows 10 docking app. It is somewhat motivated by the Android design style. Users can easily beautify and organize their desktop once they download the Rainmeter app, which is a free and open-source desktop customization service available for Windows 10.

RocketDock has been introduced by Punk Software in 2005. Although it has been developed by Apple lovers, it is still one of the best apps for Windows 11 dock. It supports all Windows operating systems.

Appetizer qualifies all criteria when it comes to what users expect from the best apps for Windows 10 dock. It is an open-source app dock for Windows 10.

Aqua Dock is a replica of the dock that works on Mac systems. It has an Aqua art style appearance. It is one of the best apps for Windows 11 dock.

There are many Windows 10 dock apps that make Windows operating systems look more sleek and user-friendly, just like macOS. Apart from the dock apps listed above, users can opt for some of the best apps for Windows 10 and 11, such as Multibar, and RK Launcher as well to extend their usage as per their requirements.

Winstep Nexus Dock and RocketDock are the best apps for Windows 11 and 10 docks for having a Mac-style look. Both offer a wide range of configuration settings and effects that users do not have on the regular Windows taskbar.

How do I change the Dock in Windows 10?

Right-click the Dock or taskbar in Windows 10 > Go to the taskbar setting to change auto-hide, resize, or add files, folders, and apps.

How do I move the taskbar to the Dock?

Hit the mouse anywhere on a blank space in the taskbar > Hold the mouse and drag the mouse pointer to the place on the screen where the taskbar needs to be placed > Release the mouse button > Make sure the ‘Lock the taskbar‘ option is not selected in the case of Windows XP and Windows Vista.

It is thrilling for many users to try some cool and sleek desktop designs every so often. These are some of the best apps for Windows 11 dock and Windows 10 dock. These dock apps will offer a Mac-style feel to users who have Windows Operating systems. With these Windows docking apps, users will be able to access their favorite files, apps, and programs easily and quickly.