Is Minecraft Free on PS4? (Can you Get it FREE?) 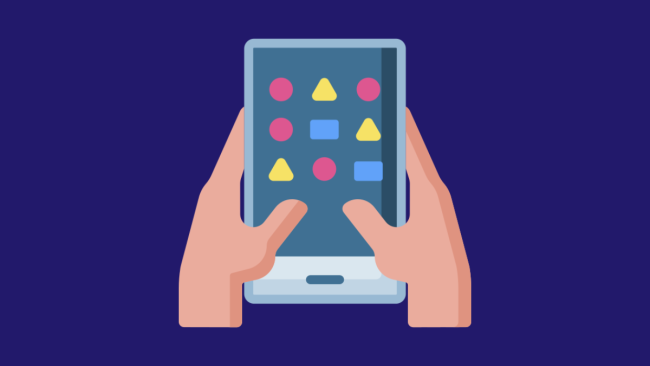 Looking for a new idle game to play on your iOS or Android device? Check out our list of the best idle games for Android and iPhone available right now! These games are sure to keep you entertained for hours on end with their addictive gameplay and unique mechanics.

Whether you’re looking for a game that’s simple and easy to pick up or one that has more depth and complexity, we’ve got you covered. So what are you waiting for?

This idle game, in which several cats collaborate to make soup outside in the woods, has a Ghibli-like quality. Cats & Soup allows you to benefit from your cat’s labor and earn billions of dollars whether you sell their soup or take a break from your phone. You may be able to locate additional cats to work in your forested soup kitchen when you unlock more recipes and ingredients as you accumulate more wealth.

Money Clicker Platforms from Cash, Inc. is another Editor’s Choice app listed here that appeals to Android users. The focus of this idle game is on being a successful businessman. Build a time machine to raise money for your company and manage it. When you are at the top, you join the business elite community. With clicker games, you can discuss a wide range of topics.

Another easy-playing idle game is Egg, Inc. This game is ideal for unwinding because it combines beautiful 3D graphics with simple gameplay. There is a chicken house already there, and you might even imagine having an egg farm.

The fact that this game was chosen as an Editor’s Choice on the Google Play Store is not a fluke. With aspects taken from simulation games, it provides a distinctive experience. It is very simple to use and provides a variety of tasks and study materials.

The best idle game you can find may be the first one on the list – Tap Titans 2, which has been around for a while. With over 10 million downloads simply on the Google Play Store, it offers an exciting experience without going into great detail. The simple gameplay allows for endless play.

In this RPG game, you can enlist heroes and pets, enhance your equipment, and fight Titan Lords with the aid of clans. You can kill as many Titans as you like by simply tapping with your sword. To win the game, defeat creatures and advance in level.

The ultimate mobile idle game may be Neko Atsume. Neko Atsume requires relatively little of you other than your time, in contrast to many other idle games, which base a large portion of their gameplay on luring you to see commercials. When you buy food with fish money and put it out for the local “stray cats,” they give you additional fish in exchange for their full bellies. In addition to rewarding you, this never-ending cycle gradually enables you to increase the size of your yard and acquire new toys.

The moment AFK arena was released, it completely changed the gaming industry. You have access to a large variety of heroes, making it simple and easy to assemble a strong squad. The characters are entertaining to play with because they each have unique skills and abilities. In addition, AFK plans to assemble the most incredible team possible. Once the squad is put together, you won’t need to do anything because the heroes will handle all of your battles.

The popularity of bitcoin may have declined since its early days, but the few games it has inspired are still going strong. One idle clicker that is still very popular is Bitcoin Billionaire, and it’s simple to understand why given its visually appealing blocky graphics, approachable control scheme, and in-game upgrades. The concept is straightforward: mine bitcoins as quickly as you can. With each coin you earn, a new door will open up for you, allowing you to make more investments, earn more money, and take advantage of various benefits.

Although Fallout Shelter may not have been the game fans had hoped for, it is fundamentally an excellent idle game. Build your bunker into the ideal survival camp while managing your own small Vault full of Dwellers, sending them on resource-gathering trips into the Wastelands, and assisting your Dwellers in, um, repopulating the Earth.

An idle role-playing game called Tailed Demon Slayer has a sizable fan base. The concept is similar to Tap Titans in that you build and personalize a hero, upgrade their equipment, and level up by defeating some rather formidable opponents. And that’s only the surface of a rather large universe filled with interactive quests and theatrical performances. After equipping your hero with an outfit, you can select and master one of four distinct weapons and their related skills.

Although the game may appear to be full of blood and violence, the reality is quite the reverse. You can take part in Kaiju racing in this game and level up your Kaiju. The villagers fervently hope that Godzilla strengthens and develops. Because they are so lovely, the game’s creatures will win your heart. We will also welcome new family members and bid our existing ones farewell.

Another obvious choice for MMORPG players searching for a more laid-back mobile gaming experience. Send your squad of Champions on dungeon and raid runs, or engage in PVP arena combat with other players. Alternately, you can carry out different tasks while your heroes travel independently. RAID is a well-known “freemium” mobile game, which means it may be challenging to enjoy the game to the same extent as players who may be paying for a subscription.

In the money-making simulator Adventure Capitalist, players have the ability to shape their future. You can eventually become the wealthiest CEO in town by climbing the ladder. To grow your team, more individuals need to be hired. Investigate commercial opportunities and strike deals with enquiring investors. Additionally, you can have your clothes and accessories made to match your expensive appearance.

Game Hive Corporation has produced one of the top idle games for iOS and Android. The tapping game‘s gameplay is straightforward and lovely. To conquer the world, all you need is your fingertips.

This game allows you to generate money out of thin air. With all your money, you want to conquer the globe. You’ll be able to do this with the aid of high-level investments. In this sci-fi adventure set in the 35th century, you can anticipate encountering incredible technologies like holographic windows or gravity forks.

Idle Theme Park Tycoon makes use of the traditional tycoon game formula in a very natural way. Create your own amusement park, then sit back and watch the money come in so you can keep growing. Although there are commercials and in-app purchases, as in many idle games, you may still expand your theme park to be the biggest in mobile gaming if you have some patience.

With Bit City, establishing your city is a possibility. A little town must develop into a city. Make sure the town is full of houses, vehicles, and aircraft. By acquiring additional structures and landmarks, you may create a wonderful town. To keep the city expanding, make improvements to it. As you make more money, expanding the city budget will let you alter the appearance of your city.

You only need to tap on the screen to defeat the adversary on the opposite side. It features several weapons, allies, and even a commander who can make strategic plans. To shoot at the adversary, the player must continuously tap the screen. You will also like the fantastic plot and superior collection of images. Unquestionably among the top incremental games.

Forager differs from several other games in that the “idle” element involves building up your base to create resources and items continuously. You will need to actively take part in that stage of the process if you want to keep collecting resources and going on adventures. The game advertises itself as an “idle game that you want to actively keep playing” for this reason. Forager tempts you back with promises of growth and discovery, while other mobile idle games reward you more for walking away.

Realm Grinder is a free-to-play idle game for Android and iOS that tests your ability to expand your little farm into a sizable realm. The alliances you decide to form with other factions and races will have an influence on the perks you get. Although Realm Grinder can get very complicated as your kingdom expands, its pixel-art aesthetic and idle rewards allow for a comfortable gaming environment ideal for taking up the move.

The tranquil environment of Plantera will appeal to idle players. You may need to take care of various plants and bushes in the garden you create. It is really stunning, with bright fruits and butterflies that may be caught in the game. You’ll fall in love with it since it’s a straightforward, easy-to-play game that allows you to explore Plantera and construct your vibrant environment.

No, there are many different types of idle games available for both Android and iOS devices. While some may be more complex than others, they all offer a unique experience that is sure to keep players entertained.

How To Play Incremental Games?

Most idle games are easy to play and don’t require much effort. However, if you’re having trouble understanding how to play an incremental game, there are usually tutorials or walkthroughs available online.

What is the most fun idle game?

There are many different types of idle games available, so it really depends on what you’re looking for in a game. Some players prefer games that are more complex, while others prefer simpler games that can be picked up and played without much effort. Ultimately, the most fun idle game is the one that you enjoy playing the most.

Do I need to pay for any of these games?

No, all of the games on this list are free to download. However, some games may offer in-app purchases, which are not required to play the game but may provide additional content or gameplay enhancements.

Idle games are a great way to relax and unwind. They’re perfect for gamers who want to sit back and relax without having to worry about losing progress.

This article lists 20+ best idle games for iOS and Android, which are all great for those who enjoy casual gaming. The games vary in terms of their gameplay, graphics, and difficulty, but all offer a unique experience that is sure to keep players entertained. While some of the games on this list may be more complex than others, they all have one thing in common: they’re perfect for gamers who want to sit back and relax without having to worry about losing progress.

So whether you’re looking for a quick game to play during your break or something to keep you occupied for hours on end, these idle games are sure to please. And best of all, they’re all free to download, so you can start playing right away!