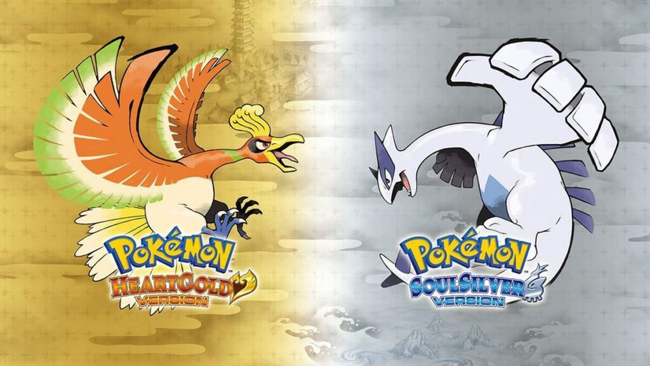 Pokemon HeartGold and Pokemon SoulSilver are 2009 remakes of the old GameBoy games that were named Pokemon Gold and Pokemon Silver. Apart from being remakes, these new versions also carry features from Pokemon Crystal which gives these games a nice amalgamation of features and fun. If you’re looking for the best SoulSilver team or even the best HeartGold team, you have come to the right place.

In order to beat Red, you will need an efficient team that covers up all the bases, and we have a fresh guide right here to do the same.

Now, when it comes to the best HeartGold team or the best SoulSilver team, there is no one specific team that will give you the best results. You can choose from the hundreds of Pokemon available to you in the game.

The reason why we suggest a Ferilagatr over Typhlosion is the fact that Typhlosion doesn’t have good attacks throughout the game in its majority. On the other hand, when you use Feraligatr, you get the Pokemon’s attacks that are pretty great very early on in the game. It has attacks such as Ice Fang and Aqua Tail. Having a water type Pokemon in your team is a must anyway, so you might as well make it your starter Pokemon, right?

The reason why we mention a specifically female Geodude is because of the fact that it is completely resistant to the Attract attack. You can pick one up on Route 46, which just falls north of Route 29.

Your Geodude will be able to learn Rock Throw at a mere Level 11, which will allow you to cover the first three gyms pretty easily. Geodude will also be mighty strong against Flying and Bug type Pokemons. It can easily resist the attacks from Miltank that Whitney has. Whitney’s Miltank has normal and Rock type attacks where your Geodude will be super effective.

Now, the thing about Geodude is that its advantage mainly lies where it has a type advantage over other Pokemon. For further up in the game, try and get a Heracross, and when the Geodude seems like an option that is holding you back, just switch it with a Heracross that not only has good attack stats but also a very nice movepool that you will be able to use for an advantage.

Having a Flying type Pokemon in your quest for the Pokemon SoulSilver best team will give you an advantage over the Grass type Pokemon. You need something that is able to use and utilize HM02 Fly, and when it comes to this, you have options such as Zubat, Togetic, Fearow, or even Pidgeot.

Our suggestion here is to catch a Zubat in the Dark Cave that falls north of Route 30. Now, keep in mind that it will have weak attacks, but it becomes a strong Pokemon when it has learnt Bite and  Wing Attack. Once your Zubat has learned these new moves, it can be further evolved and evolve into a Crobat, which has a decent set of stats. Not only does it fall in the Flying type category, but it also shines when it comes to Poison types. In the middle of the game, it can learn Poison Fang and Cross Poison which are both great attacks against your opponents.

We also suggest being careful while using a Crobat as it doesn’t have a one hit takedown attack and is also relatively frail.

It is a great idea to have an Espeon or an Alakazam on your team in order to cover the lack of special attackers on your team. Choosing one from Espeon or Alakazam will be crucial to have an efficient pokemon SoulSilver best team.

You can score an Eevee by speaking with Bill in Ecruteak in Goldenrod City. The Eevee will evolve into an Espeon at level 15. While it may be hard to get to level 15 for the Eevee to become an Espeon, the rewards far outweigh the efforts you’ll put in. Espeon also has a great move pool with a special attack as well as speed.

Alakazam, on the other hand, has a higher special defense statistic. Catching an Abra is a bit tricky because they can Teleport but then again, we suggest either an Espeon or an Alakazam to be on your quest to have the best team for HeartGold.

At the burned tower, you can also pick up a Magmar. While they are rare, they can be found out and about in the morning. They are speedy fire-type Pokemon, and they also have really powerful moves. A Magmar will only evolve after the postgame, but they aren’t to be taken casually for a good choice in your team.

Another option is picking up a Totodile which will evolve into a Typhlosion which can be a better option too as compared to a Magmar as well. You are peachy if you go for either a Magmar or a Typhlosion.

Last but not least, we suggest having an Ampharos in your team. While this Pokemon has nothing special to offer, this will fill up a gap where you miss out on the Electric types in your team. It takes a bit of time to train it but once it gets the Thundershock attack, it becomes a great Pokemon with a great Special Attack statistics.

What is the best Pokemon in soul silver?

There is no single best Pokemon in Soul Silver, but we have rounded up a list of Pokemons that will make up for the best SoulSilver team.

Is SoulSilver harder than silver?

Which is better, HeartGold or SoulSilver?

Pokemon HeartGold and SoulSilver are both two different games, difficulty-wise. While HeartGold is much easier, SoulSilver is a bit tougher as compared to the former title. Overall, the goodness of a game is subjective, and some people find one more enjoyable than the other one.

Having a Tauros can make things easier in SoulSilver. Not only is Tauros a reliable Pokemon, but they can also learn a number of attacks. Attacks such as Earthquake, Zen Headbutt, and many others prove super effective against a lot of other Pokemons.

When it comes to Pokemon SoulSilver’s best team, both of these teams mentioned above can prove to be great and help you out in traversing HeartGold and SoulSilver quite easily with fun battles.

As mentioned in this post’s introduction, there is no one single specific best team for HeartGold or SoulSilver. You yourself can come up with a team of your own but if you need help, go with the main team we have mentioned. To spice things up, maybe try and mixing and matching the teams with the other two alternative teams mentioned here as well.