How to Play Discord Channel Games with Friends 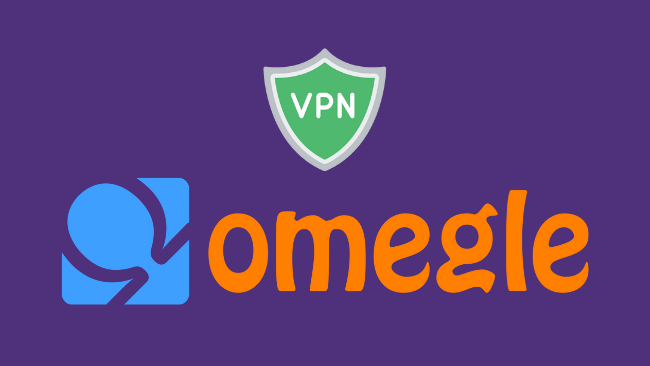 6 Best VPN for Omegle: Bypass the Ban with Omegle VPN

If you’ve been trying to use Omegle lately and have found that you can’t connect, chances are your IP address has been blocked. This is because Omegle has been cracking down on users who try to bypass the ban using a VPN. However, don’t worry, there are still plenty of VPNs that work with Omegle!

In this blog post, we will discuss 6 of the best VPN for Omegle. We’ll also show you how to unblock Omegle using these VPNs.

Why is it Important to Use a VPN on Omegle?

If you’re not familiar with Omegle, it’s a chat service that pairs random strangers from around the world together for a text or video chat. Omegle is anonymous, which can be both good and bad.

On the plus side, it means that you can chat without having to worry about revealing your identity. On the downside, it also means that Omegle can be a hotbed for trolls and other unsavory characters. Because this is a non-encrypted platform, your information and discussions may fall into the hands of hackers. They can then use your personal data for their own gain.

This is why it’s important to use a VPN on Omegle. A VPN will encrypt your traffic and hide your IP address, making it much harder for someone to track you down or figure out who you are.

Additionally, a VPN can also help you bypass any bans that Omegle has placed on your IP address. So if you’ve been trying to use Omegle and keep getting an error message, using a VPN is the best way to get around it.

Now that we’ve gone over why it’s important to use a VPN on Omegle, let’s take a look at how to choose the best VPN for Omegle.

How to Choose the Best VPN for Omegle?

There are a few things to keep in mind when choosing the best VPN for Omegle.

6 Best VPNs that Work with Omegle

Now that we’ve gone over what to look for in a VPN for Omegle, let’s take a look at some of the best options.

For Omegle, NordVPN is the ideal VPN. You’ll have no trouble locating a non-blocked IP with 5200+ servers in 60 countries. Furthermore, the company is based in privacy-friendly Panama and features a wealth of security features. There are amazing features that make NordVPN a great option.

For starters, this VPN utilizes NordLynx’s proprietary tunneling technology, which is incredibly quick and based on WireGuard. Furthermore, standard NordVPN servers utilize RAM-only server architecture, ensuring that no data is retained on hard drives. Furthermore, the no-logs policy has been audited independently.

NordVPN, like all other leading VPN providers, supports 256-bit AES encryption. As a result, your Omegle conversations will always be private and secure. If Omegle is rejecting your VPN connection, there is an obfuscation mode that makes it appear to be regular HTTPS traffic.

Overall, NordVPN is an excellent VPN for Omegle. The security and privacy features are top-notch, and the speeds are more than fast enough for video chat.

When it comes to online anonymity, ExpressVPN is the Omegle VPN that can do it all and has a steep price to match. It’s located in the British Virgin Islands and has a court-verified and third-party verified no-logs policy. It offers over 3000 servers in 94 countries, including a few virtual locations.

The security features are just as impressive, with standard 256-bit AES encryption and a strict no-logs policy. There is also a DNS/IPv66 leak protection, a kill switch, and split tunneling. The latter is perfect for Omegle since it lets you choose which apps use the VPN and which don’t.

The speeds are some of the best in the VPN industry, so you’ll have no trouble streaming video on Omegle. In addition, the software is available for all major platforms and comes with a 30-day money-back guarantee.

Overall, ExpressVPN is an excellent choice for Omegle VPN. The security and privacy features are top-notch, and the speeds are more than fast enough for video chat. The only downside is the price.

Private Internet Access (PIA) is one of the most reliable VPNs that work with Omegle, owing to its vast server coverage, fast connection speeds, and strong security measures. You can easily unblock Omegle by connecting to its US and UK servers.

When it comes to advanced features, PIA VPN software includes static and dynamic IP addresses, private DNS servers, a kill switch, split tunneling, and port forwarding mode. Apart from a VPN service the PIA also includes an ad blocker for all of your web browsers, called PIA MACE. This aspect ensures that you always have a complete and pleasant streaming experience without being disturbed by unexpected pop-up advertisements.

Overall, PIA is a great VPN for Omegle. The security and privacy features are top-notch, and the speeds are more than fast enough for video chat. Plus, it’s one of the most affordable VPNs on this list.

If you’re looking for an easy-to-use yet powerful Omegle VPN, CyberGhost is a great option. The software is available for all major platforms and comes with a 45-day money-back guarantee.

In terms of security, CyberGhost uses 256-bit AES encryption and includes a kill switch. Furthermore, with over 8,043+ servers in its server network across 89 countries worldwide, CyberGhost gives you a variety of options to access Omegle restrictions.

All in all, CyberGhost is a great Omegle VPN. The security and privacy features are top-notch, and the speeds are more than fast enough for video chat.

If you’re searching for a low-cost VPN that provides exceptional security, Surfshark is one of the best VPN for Omegle. It’s well regarded in the VPN industry due to its dependable characteristics and reasonable pricing plans. Surfshark has 3200 VPN servers in 65 countries, each with its own private DNS and an ad and malware blocker.

Surfshark uses the ultra-fast and open-source WireGuard tunneling protocol to guarantee fast speed and connectivity. Furthermore, all servers are run on RAM-only technology, which means that any data stored on them is erased when the servers are restarted or shut down.

The program also includes obfuscated servers and multi-hop VPN connections. And the best part, you may use a single Surfshark subscription to secure numerous devices because there is no limit.

If you’re on a limited budget, PrivateVPN is the finest VPN for Omegle. It’s based in Sweden and has over 200 servers in 63 countries. PrivateVPN is relatively quick, which is excellent news if you’re looking for a VPN that won’t slow down your connection.

The app comes with OpenVPN and IKEv2 tunneling protocols as well as bank-grade encryption and a robust kill switch. There’s also Stealth VPN, which is specially designed to resist heavy censorship, such as DPI.

You may connect up to 10 devices with a single PrivateVPN subscription. If the restriction becomes an issue, though, you can work around it by putting PrivateVPN on your router. You may thus secure all of your home gadgets with a single connection.

Considering all factors, PrivateVPN is among the best Omegle VPNs on this list.

Fix Omegle not working with VPN

If you’ve been using Omegle with a VPN and it’s suddenly stopped working, Omegle has either been able to identify the IP address your VPN supplied you and blocked it, or it has been able to circumvent your VPN to verify that you are utilizing an IP address that has been banned.

Such a situation can be frustrating but thankfully there are some workarounds.

See also
What Does ASL Mean on Omegle? And How to Answer it Properly

What to look for in a VPN for Omegle?

First and foremost, you want a VPN that has servers in multiple countries. This will give you the most options for bypassing Omegle bans. You also want a VPN with strong security features, like military-grade encryption and a kill switch. Finally, you want a VPN that is fast enough to support video chat. No one wants to have a choppy conversation on Omegle.

Can I use a free VPN for Omegle?

You can, but we don’t recommend it. Free VPNs are often slow, and they sometimes lack the security features you need to keep your conversations private. If you want to use Omegle without getting banned, we recommend investing in a premium VPN.

Why won’t my VPN work on Omegle?

There are a few possible explanations. Omegle may have identified the IP address your VPN is supplying you and blocked it, or it has been able to bypass your VPN to verify that you are utilizing an IP address that has already been banned.

Is it legal to use Omegle with a VPN?

Yes. Omegle is a chat service, and there is no law against using a VPN to chat with strangers. However, if you use Omegle for illegal activities like child grooming or cyberstalking, you could be prosecuted.

How can I use Omegle to practice my foreign language skills with native speakers?

Omegle is a great way to practice your foreign language skills. Just connect to a server in the country where the language is spoken and start chatting. You can even use Omegle’s “Interests” feature to find people who share your interests, including language learning. Just be sure to use a VPN so you can keep your conversations private.

What is the minimum age to use Omegle?

Omegle is currently blocked in China, Turkey, and Saudi Arabia. If you try to access Omegle in one of these countries, you will need to use a VPN.

Omegle is a great way to communicate with people from all over the world, but sometimes you may run into issues with bans. If this happens, don’t worry – there are several workarounds you can try. We’ve outlined some of the best VPNs for Omegle in this article, so be sure to check them out if you’re looking for a way to bypass the ban. Happy chatting!