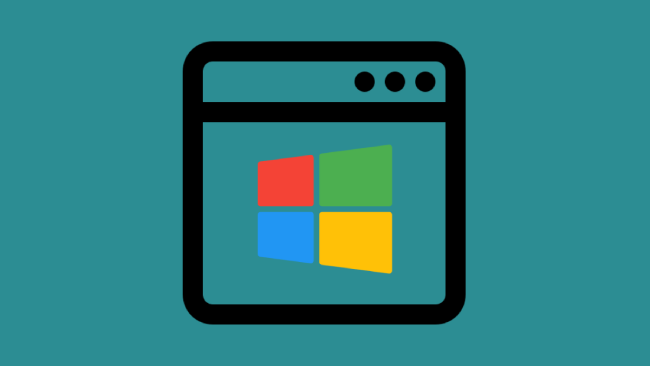 One of the features of computing systems is that the working machine undergoes upgrades from time to time. In the case of computers, the system upgrades can happen at the software level as well as the hardware layer. Often the changes are brought about by the introduction of newer ways of doing things or there could be a replacement which makes a feature obsolete.

People that have used computers up to the Windows XP operating system would have been familiar with the HyperTerminal option on the machines. The HyperTerminal is a convenient preinstalled Windows component that was used to communicate with the external world. This could mean controlling peripherals attached to the serial ports, bulletin board systems, remote computers networked with the home computer, and so on.

From Windows version 7 onwards, this rather quaint feature has been discontinued from the Windows operating system. There are many reasons for doing so and the most important one was that it was possible to communicate with interconnected systems directly using the system interface without having to use additional controlling systems to do so.

Why is it necessary to have HyperTerminal on later machines?

People who wrote code that made machines work and interact with other devices needed to spend more time getting the two systems to be compatible with each other. It was thus seen that there came to be a trade off when the HyperTerminal was removed from the Windows operating system.

So, it was seen that in most cases, it really did not make much of a difference to have the HyperTerminal removed from the operating systems, but there came instances where the convenience of the HyperTerminal came to be missed by the computing community. This is when HyperTerminal alternatives to Windows 10 technology that provided the same direct access to the connected devices came to be needed.

The good thing is that while installing the alternatives to Windows 10 operating system, it by no means downgrades the working of the system. In a way, it is possible to have the strong attributes of the HyperTerminal at the same time making use of the up-to-date features of the Windows operating system.

Listed below are some of the more easily accessible alternatives to HyperTerminal that can be installed on the Windows 10 operating system. They are not released by Microsoft but by third party vendors and are compatible with the latest operating systems from Microsoft.

Getting HyperTerminal on Windows 10 and 11

The HyperTerminal came to the single most felt feature when text commands needed to be executed to control the devices attached to computers. Thus, for the old timers who were brought up on the system and those hardcore hardware people, it became possible to install HyperTerminal alternatives to Windows 10 operating system without loosing any of the controlling factors of the operating system. What the system upgrade entails is the downloading and installation of a couple of files and the computer is ready for HyperTerminal.

One of the most common ways of installing the HyperTerminal involves the access to system files of the old Windows XP operating system. This might not be possible for the majority of users and hence it is not being discussed here.

HyperTerminal Private Edition is straight from the source code and is meant to be the latest in windows terminal emulation program. The typical emulation program manages to communicate and control the connected devices through a set of text messages. The HTPE can be used to control and manage the serial COM ports, TCP/IP and dialup modems. It is also possible to chat with the peripherals using the serial ports as well.

The HTPE install HyperTerminal on Windows 10, allows the sending and receiving of files as well, but this feature isn’t important these days with the introduction of cloud storage to handle file storage. Then there is the added cost of paying for the use of the program, but it comes with a free to use evaluation period which makes it rather convenient to have a look in before committing to a purchase.

This is a program that followed HyperTerminal and manages to pack in all the good features of the program plus some extra points as well. The HyperACCESS kicks in with scripting that allows the repetitive commands to be executed at one go through short cuts. It packs in a brace for additional file transfer protocols and terminal emulators.

Costing wise, the HyperACCESS happens to be on the pricier side and could well be one of the most expensive solutions to HyperTerminal possible. But for those wanting something as close in feel and performance to the original HyperTerminal, this could be it. There is a free trail period that could be used to evaluate the program before committing to a purchase.

PuTTY is by far the most popular software patch for HyperTerminal for Windows 10. The main reason is that it is free to use and open source. It is executed with a combination of Telnet capabilities and SSH features. But the users need to have a free COM port to set up PuTTY.

The easy-to-use user interface makes the use of PuTTY rather a breeze and it is possible to implement the solution on many other platforms as well. This is a preferred patch for web developers and those connecting to a VPS.

There really isn’t a cost to using the software as it comes built using open-source software and it is free to use from day one. PuTTY does have the occasional upgrades and locating the most up-to-date version is not that hard to accomplish.

Is HyperTerminal available in Windows 10?

HyperTerminal has been last released with Windows XP operating system and has since been discontinued from Windows. It is, however, possible to have access to alternatives to the program that have been developed by third party vendors.

What replaced HyperTerminal in Windows 10?

The Advanced Serial Port Terminal replaced HyperTerminal in Windows 10 and there have been convenient offering by third parties, some of them paid and other not, that can function as good as the HyperTerminal.

The single constant in the computing field is change and that is exemplified by the removal of HyperTerminal from the Windows operating system. But it is to be noted that there are convenient alternatives that have be introduced by third part vendors that not only makes good this change but at practically little cost to the user.

What HyperTerminal alternatives for Windows 10 have proven is that it is still possible to retain the good features of the operating system despite the changes that are brought to bear within it. It is finally for the user to decide when a feature is truly outdated and obsolete.