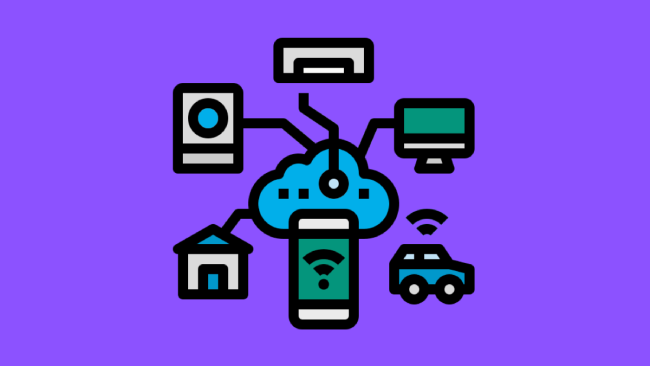 The internet of things is a network consisting of devices with unique identifiers connected to the internet. The term was first used in the 1990s to describe an emerging network during the internet’s infancy. These items include smart home appliances and other sensors that connect to central servers via the internet. However, the IoT is starting to look like a reality now as more people realize how much it can benefit their lives and businesses.

One of the most common implementations of IoT devices is smart home appliances, which generally consist of an electronic device that can be controlled remotely via a smartphone application. Each household likely has its smart home applications, and they require access to individual consumers’ UDIDs.

IoT testing is also concerned with ensuring that there are no security threats in the system. Therefore, it is vital to test every feature of the device and the applications connected to it. All Internet of Things devices should have an appropriate security architecture, which includes a proper access control list, software and hardware protections, strong authentication, and more.

Near-Field Communication is a communication technology that uses electromagnetic fields to transfer data over short distances. Its main focus is to allow devices to be easily connected, but it can also be used for payment transactions and personal identification. Devices are typically equipped with integrated circuits and readers that can be used close to each other to transfer data.

Retailers have used radio-frequency identification for several years to track products as they move through their supply chain. The devices contain RFID technology, which can be read with a particular tag installed in the IoT application.

Bluetooth is an open protocol that allows low-power connections between devices. Bluetooth devices are designed to be compatible with a range of devices, allowing for easy connectivity.

Radio protocols transfer data from one end of the IoT device to another. For example, ZigBee provides low-power wireless communication between devices. Zigbee is a technology based on the IEEE 802.15 standard, designed for connecting small electronic devices without needing a gateway or access point.

Challenges of Testing an IoT Application

IoT testing requires a lot to ensure that the application works properly and is secure for all users. However, there are some challenges within the field of internet of things testing.

One of the biggest challenges a tester will face when testing IoT applications is making the application compatible with a range of devices. There are varieties of software and hardware devices, making it an IoT challenges to try all. Testing to ensure that the application works with all devices will require an IoT device test and skill.

Another challenge that lies with the Internet of Things is many networks. It is important to ensure that the network can handle many connected devices, as this will affect its performance and speed. However, it is not always possible to properly test the entire IoT application because there are many devices. Testing should be designed in a way that it reflects how people will use their applications.

The data collected by the IoT device is organized and needs to be stored for analysis after the testing. It is essential to ensure that the storage can handle many devices and store the information appropriately. Otherwise, this could lead to problems in the future with data analysis.

The Interoperability Impact in IoT

Developing a healthy ecosystem of interoperable applications is important to utilize the IoT successfully. However, IoT developers are faced with interoperability issues daily. The biggest challenge within this field is ensuring compatibility with different software platforms and devices. Therefore, it becomes important to have additional testing strategies and solutions for interoperability testing. Here is a list of positive interoperability impacts in IoT.

Interoperability can also lead to increased efficiency and productivity in organizations. This can be achieved using IoT testing tools and platforms that make it easier for developers to develop, implement and test applications. In addition, these tools should be able to integrate into various IoT applications, regardless of the operating systems or devices used.

Interoperability helps standardize how the implementation process is handled within organizations. This benefits the overall innovation process, enabling different product groups to integrate and create an ecosystem of interoperable applications that multiple industries can use.

Interoperability can also increase data security when it comes to IoT devices. For example, if different devices can connect and exchange information, they will be able to protect data better as they will not store all the data within a single device but will distribute it among different devices.

The Internet of Things is a new market trend that is getting more and more popular. IoT devices can be used in many different ways, from home appliances to industrial applications. Many IoT devices connect daily with internet access points, such as wireless routers and smartphones, to create an interconnected network that consumers can access from their computers or mobile devices.

With the increasing pressure on technology companies, the IoT will allow them to continue offering a high standard of products that can provide users with updated tech solutions. However, it is essential to ensure that the devices are tested and that the interoperability aspect is considered.