How Much is My PS4 Worth? (Best Price for Used PS4) 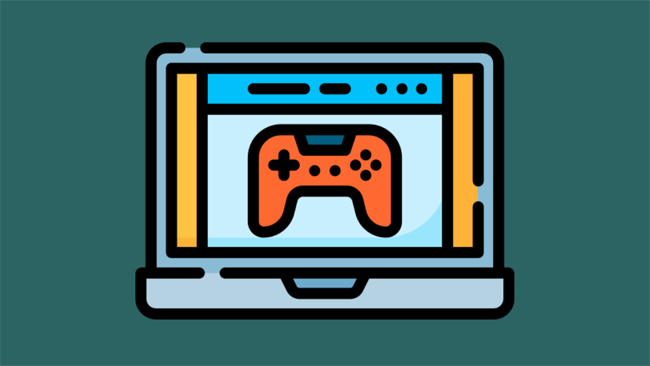 The PlayStation 4 is among the best video gaming consoles developed by Sony. With its rising popularity, every game lover wants to have a piece of it, but everyone can’t afford it. Now, things are quite different, and these days you don’t need a PS4 console to play your favorite games. The development of PS4 emulators has made it possible to play these games on your PCs, Macs, or smartphones.

So if you’re looking for a PS4 emulator that actually works, we’ve got you covered.

PS4EMUS is a PS4 emulator that runs on macOS, iOS, Windows, and Android devices. It was released in 2013, supporting some PlayStation games. But now, it supports a large library of PS4 games. Moreover, you don’t need a jailbreak to run the emulator on mobile or desktop devices.

Although it supports many PS4 games, you’ll need a high-end system to run them smoothly.

The Orbital PS4 emulator is among the best virtualization software that can run on Linux, macOS, and Windows. It supports emulation in virtualization mode, which replicates the PS4 RAM during the process. Moreover, its dynamic compiler runs games at a binary level to create greater compatibility with PS4 games.

The Orbital PS4 Emulator for Windows works with high-powered computers with a minimum RAM of 16 GB. It is an open-source project supported by the GitHub community. However, it is still under development and cannot be used for playing commercial games.

Best for playing PlayStation 4 games on macOS and Windows.

PCSX4 is still in the beta version, so you may experience some minor glitches while playing PS4 games. You’ll also need a high-end machine to run the games smoothly.

Best for playing classic SNES games on your PS4 console.

The PS4 SNES Station Emulator is among the best emulators to run classic SNES games. It is a port file of the PS2 SNES emulator. The ported PS4 pkg file allows you to install the emulator as an app on your PlayStation 4 console.

The SNES emulator is still under development. It is not a native PS4 app, but you can install it by following some instructions. However, you can install the emulator on PlayStation 4.04 Jailbreak consoles.

The RPCS3 emulator supports various operating systems and can run PS3 games smoothly on these systems. This project was started back in 2011 by DH and Hykem and later migrated to GitHub after its development. Its developers constantly try to release newer emulator versions with some updated functionalities.

PS4 EMX is an open-source emulator developed by Ghaststeam in 2014 and is by far the best PS4 emulator for Windows. However, there are certain changes that developers intend to make in the near future to make it a cross-compatible PS4 emulator.

The PS4 EMX emulator works with high-end PCs. The minimum system requirements are Pixel Shader Model 3, an NVIDIA or AMD GPU card, 2GB of RAM, and a 50 GHz processor for Windows.

ESX is a PS3 emulator for PC that runs by using an XMB kernel to compile native games. Its simple UI makes it easy for users to play PS3 games without glitches or lags.

ESX is the best emulator for enjoying high-end games without any lags. Moreover, you can play many PlayStation 3 games at a higher resolution.
See also
15 Best Xbox One Emulators for Windows PC

Best for playing PlayStation 4 games on the Linux OS.

The SpineDemo emulator uses OpenGL and VMware Fusion to emulate demo PS4 games. However, it is for advanced users only because of its complex installation process. First, you must dump the game files on your console and then copy them to your computer to play them using SpineDemo.

SpineDemo is still under development and can run only 2 games, i.e., “We Are Doomed” and “Mega Man Legacy Collection.” However, there are no changes made by the developer, but we hope to see them soon.

Best for playing PS3 games on Linux and Windows.

PSeMu3 is another great PS3 emulator for your PC. It can play both PS1 and PS2 games and supports various cheat codes. In addition, the emulator can run on average systems without any lags or glitches.

PSeMu3 is a powerful and easy-to-use emulator for Windows. However, the developers have removed it from the original website, but you can still download it from other third-party sites.

Best for playing Gameboy Advance, NES, Gameboy Color, and other games on your PS3 console.

The Mednafen PS3 R3 emulator, also known as the Nintencer, was released in 2010. It has some original features, like PNG format screenshots, an open graphics library, and a simple direct media player. You can play handheld games by installing an emulator on your PS3 console.

Mednafen requires a PS3 Jailbreak to play handheld games on your console.

GPCS4 is an under-process PlayStation 4 emulator started for technical research to learn 3D graphics. It has thirteen contributors who use shader translation and hard-coded tests for PS4 game emulation. The developers may come up with a strong and stable PS4 emulator in the near future.

Best for experimenting with PS4 games.

PS4 Delta is in the early stages of development. It is a group project, and its contributors consistently work to improve this emulator for playing PlayStation 4 games.

What Is The PS4 Emulator?

The PS4 emulator is software that emulates PS4 games and lets you play them on your PC, Mac, Android, and iOS devices.

What Are The Issues With PS4 Emulators?

The major issue with PS4 emulators is that it’s hard to create an emulator that can execute PS4 ROMs with ease. As a result, most are still in the development or beta stages, and the rest are fake.

Is The PS4 Emulator Free?

You can play your favorite PS4 games using a PS4 emulator for free.

Playing PlayStation games using PS4 emulators is legal if you own these games. But it is not legal to play a copy of a game you do not own.

If you want to play PS4 games on your PC or Mac device, you can try these PS4 emulators.

Hopefully, one of these PS4 emulators has worked for you. Were you able to play games using the emulator? If so, let me know in the comments below.