4 Ways to Clear Cache and Cookies On Samsung TV 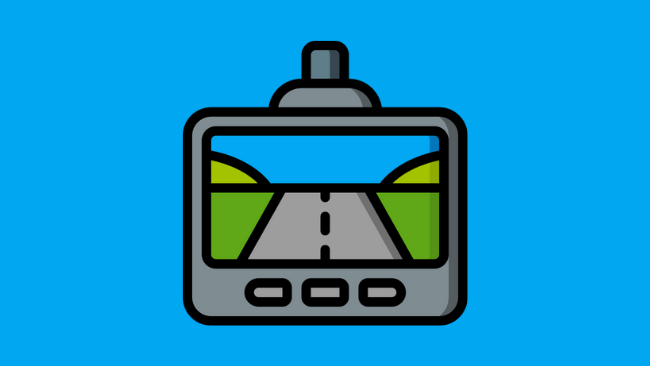 8 Reasons to Buy a Dash Cam

With the increased popularity of dash cams, it’s simple to see why individuals are investing in ways to drive smarter. Dashboard cameras provide an enhanced driving experience and many other benefits majority of which are covered below.

Reasons to buy a Dash Cam

The most significant reason to get a dashcam is that the videos that it captures can be utilized as evidence at the time of an accident. This dashcam footage, which captures the vital few seconds prior, during, and after an incident is detected, could be crucial in declaring one’s innocence and ensuring the correct individual is convicted. Many dashcams also come with a quick save button for the last few seconds of footage, so whenever you witness an incident that does not involve your vehicle directly, that data could still be useful to back someone else’s case.

2. No room for fraud

Many insurance companies have been scammed with pre-planned accidents which have made the companies cautious of such scenarios and the worst part is that often times honest drivers also have to bear the consequences. In the UK during the year 2019 alone, the annual value of insurance fraud was 1.2 billion British pounds. Installing dash cams ceases the fraudulent mishaps related to insurance.

In case you come across any unwanted situation on the road but it wasn’t your fault, the clear footage from your dashcam can save you the hassle of providing witnesses or finding a credible source to help you claim your insurance money. The footage is evidence enough for the insurance companies to release the respective amount. Your insurance provider would therefore be able to resolve your claims considerably more quickly and easily.

AI-powered dash cams can detect reckless driving, lack of seat belt use, cell phone distraction, and even exceeding the speed limit. These cameras can also inform if a driver was hitting the brakes harshly, staying on course, and sticking to the schedule. Installation of a dashcam in the vehicle encourages the drivers to behave and drive more responsibly due to the fact that the driver is conscious of being recorded. This not only applies to personal vehicles but also to public transportation. It makes a lot more sense to use dashboard cameras in a taxi, Uber, local buses, etc. where the incidents of reckless driving, misconduct, or assault are more likely to happen. There are numerous advanced versions of dash cams that even offer audible speech alarms to warn drivers if they are inattentive while driving. The incident film is then uploaded to the cloud so that the respective authorities can analyze it and take appropriate action.

Driving academies and instructors are well aware of the fact that novice drivers have a tendency to act irrationally on the road despite knowing all the rules while in some scenarios the new drivers might get nervous and take wrong decisions. While this is part of the job, the instructors want to protect themselves and their company from any charges of misconduct. Dashcams are beneficial for all – the student who is driving, the instructor teaching the student, and the company that runs the business/academy.

The instructors might be in charge of teaching multiple students and so have to spend a good amount of time inside the vehicle with different students. Having an inward as well as outward-facing dash cam ensures that in case of any mishap, the instructor will not be blamed by any means. The footage can be viewed by students’ parents too as most of the parents are protective of their children learning to drive.

The threats that your car faces are not limited to when it is in motion. Even though your car is parked, it is still vulnerable to potential danger. Even if you park just beside your residence, you could leave your automobile vulnerable to theft or vandalism depending on the crime ratio in the area.  With a dashcam that features a standby mode, you can rest assured that you’ll have footage if someone tries to break into or damage your car. Dashcams can also be used to prevent theft.

A dash camera can also effectively film vandals attempting to break into your vehicle, and even more so if you frequently leave your vehicle unattended in public locations or in dimly lit regions. One of the most significant advantages of dashboard cameras is that most of them can be configured to continue working all night without requiring you to leave your vehicle engine running.

Dashboard cameras are powerful enough to capture the irresponsive driving patterns which either the driver can report or if the dashcam is AI-powered, it can be configured to upload the footage for the respective authorities to view and take action accordingly.

7. Easy to install inside any vehicle

Dashcams these days come with an easy installation guide. Most of the companies also offer to have them installed for you in your vehicle at your preferred position. The only thing to keep in mind is to smartly pace the dashcam inside the vehicle to cover a 360-degree angle.

Dashcams are powerful enough on their own. Without the use of any high-end technology, the dash cams footage can be used as strong evidence, However, AI-powered dash cams come with additional features like detecting distracted or drowsy driver, sending out voice/audio alerts, positioning, emergency SOS, and more. All of which makes the use of dashboard cameras much more valuable.

The popularity of dashcams is justified when one looks at the number of benefits. It’s certainly worth considering purchasing a dash cam for peace of mind and to increase security.