Positive and Negative Impact of Technology on Education 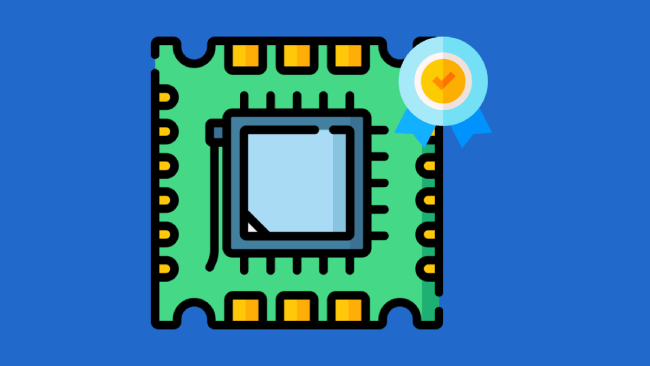 Ryzen 3 vs i3 Processor: Which one is Better or Are they equal?

The debate between Intel and AMD has existed ever since the first days of offerings from Intel. Intel was the first brand to bring a processor into the market for general use but AMD soon caught up with their own line of processors. People debate a lot about choosing between Ryzen 3 and i3 and now with the launch of the 12th Gen Intel processors, the Core i3 lineup has closed the gap it used to have between them and AMD’s Ryzen 3.

AMD completely changed the game by launching its Ryzen series of processors in the market in February of 2017. These new processors offered more cores, low power usage, and overclocking abilities – something that Intel treated as a premium feature with their K series processors over the years.

Before Ryzen, AMD’s market share in the processor segment was minimal but it left Team Blue (Intel) behind by offering a completely new architecture and power that offered better value and lower prices.

Ryzen mainly comes in various different SKUs with their main SKUs being their Ryzen 3, Ryzen 5, and Ryzen 7 line-ups. The first generation of Ryzen processors started with their low cost, high cores Ryzen 3 1200, and Ryzen 3 1300x processors. Both of them are very similar to each other with the main difference being in the XFR which also stands for eXtended Frequency Range.

Ryzen 3 Vs Core i3 – Comparison Metrics

Before we start comparing the Intel Core i3 vs Ryzen 3 from AMD, we should discuss the metrics we will be comparing them on. These aren’t anything complex but simple metrics that you check to decide what processor you would purchase for yourself.

2. Base Clock and Turbo Clock

On the other hand, Turbo Clock is something where the processor will boost its frequency in short bursts in order to handle programs with demanding processing power. This comes in handy in day-to-day usage and it is very efficient to the fact that we don’t even notice it happening.

Overclocking is when you manually increase the frequency of the processor to something higher in order to increase its efficiency. It’s not all turnkey though, there are several factors at play when it comes to overclocking. You need to check the voltage at which the overclock works, you have to test if the overclock is stable too. If you overclock to a frequency that isn’t suitable for the system, your computer won’t perform and keep crashing from time to time.

AMD’s XFR or eXtended Frequency Range is the processor’s capability to automatically overclock the processor when it’s turned on your Motherboard’s BIOS config. This is dependent on the cooler you’re using in the computer to cool the processor.

Level 3 Cache or L3 Cache is the processor’s own memory bank where it stores the next instructions or other relevant data that it processes. Both AMD Ryzen 3 and Core i3 have a specific amount of memory depending on the model for Level 3 cache.

TDP stands for Thermal Design Power and while it is a completely different metric from Power Usage, manufacturers of processors usually use TDP as a factor to inform customers about the power draw they should be expecting. TDP is mainly measured in Watts (W) but it is a metric to measure the heat output for a processor.

A higher TDP means the processor will use more power and result in more heat and thereby more power is wasted while using the product. When it comes to TDP, lower is better but you also have to consider the performance you might lose on if you run a lower TDP processor.

In an ideal world, an efficient processor can have lower TDP while not losing any performance due to the low power consumption. The difference won’t be a big point but it is still a metric to consider.

Integrated Graphics chips in processors being video out functionalities without the need of using a discreet graphics card in your computer. But they’re only for general purposes where you don’t need a lot of graphics processing power. Between Ryzen 3 and i3, the current version of Ryzen 3 comes with an integrated graphics processor embedded right in the processor.

Now that we have discussed metrics, we can look at Ryzen 3 vs i3 and their specifications. Comparing the specifications such as their cores, threads, clock speed is the best way to decide between AMD Ryzen 3 vs Intel i3 for a customer.

When the Ryzen 3 series was first launched into the market in July of 2017, Intel had also launched a bunch of different Core i3 processors in January of 2017. A total of 12 different Core i3 SKUs were launched on 3rd January 2017 by Intel.

Let us start by comparing these products.

Both Ryzen 3 1200 and 1300x launched with very similar specifications. They had the following metrics.

As you can see from the metrics between i3 vs Ryzen 3 above, both Ryzen 3 series and the Intel Core i3 series brought different things to the table. When Ryzen 3 launched, it was a big deal because the Core i3 at that time had nothing special to offer. Ryzen 3 had more cores, more threads, unlocked overclocking capability, and more L3 cache.

Ryzen 3 processors took the market by storm and gained a lot of market shares. New customers went from Intel towards AMD and old customers switched sides to the Ryzen processors that bringing more to the table.

The only thing Intel did better was adding an Intel HD Graphics 630 graphics processor in the chip which allowed users to have a video output that supported 4K up to 60 Hz. This GPU isn’t suitable for gaming or media but you can run a work computer with it just fine.

As with the first generation of the Ryzen 3 processors, the current-gen has very minute differences. All the other metrics are very similar to each other.

Intel made some serious changes to their processors in the last few years to catch up to the AMD train. We can see these changes clearly in the metrics mentioned below.

Base Frequency and Turbo Clock

Intel seems to have caught up when it comes to offering more with their Core i3 lineup of chips. Not only is it power efficient, but also brings a similar amount of cores to the table. The only difference is that the AMD Ryzen 3 5300G and 5300GE allow users to overclock their frequency and on the other hand overclocking is completely missing from the mentioned series of processors in our comparison.

Ryzen 3 vs i3 Processor – Conclusion

Coming to the conclusion in this AMD Ryzen 3 vs Intel i3 comparison, the differences between the Ryzen 3 processors as compared to the Core i3 ones have converged with both of these chips offering similar specs. While AMD has higher clock speeds and allows overclocking, Intel comes in with chips that have more to offer as compared to older processors in the Core i3 lineup.

Both of these chips have their own place in the market and the difference being so minute, it totally depends on the personal preference of the user. If you’re someone who has a bias towards Intel, go for it. We personally are going to suggest the AMD Ryzen 3 platform because it still offers more. Maybe the next generation will change that.