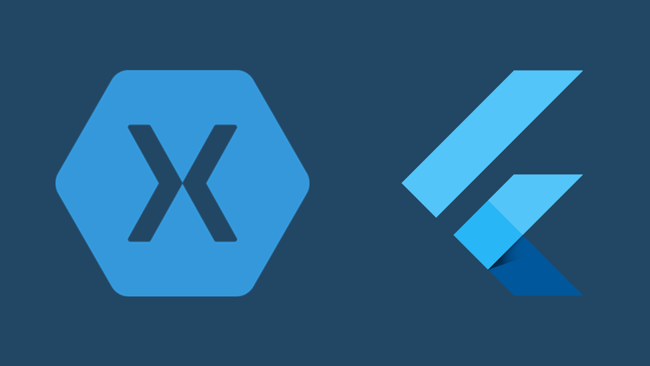 Xamarin Vs. Flutter: A Guide in Case You’re a Bit Confused with the Choice

The usage of cross-platform apps for businesses is not just necessary but mandatory. The developer community can offer several framework options to build an application compatible with Android and iOS. One of the issues for businesses is choosing between building an app compatible with Android or iOS. Some companies prefer picking one of the two platforms (iOS or Android), while others decide to build an application that runs in both.

Selecting the best framework to build a cross-platform mobile application is crucial. The most sort-after app frameworks are; Flutter and Xamarin. To help you make a decision, this article will compare the essential aspect of these frameworks:

Xamarin is an open-source app platform founded in 2011 and was bought out by Microsoft in 2016. it is a framework that assists in the development of cross-platform mobile applications.

Xamarin cross-platform development primarily targets three mobile platforms: iOS, Windows, and Android. It allows sharing and reusing of code between these platforms while providing access to native APIs. Developers can develop mobile apps that have a native feel and look. This framework is frequently used among developers due to its numerous advantages. Applications built using Xamarin include Captio, PictureX, Storyo, and the game Transistor.

Flutter is an open-source User-interface framework for mobile developed by Google and released in 2017. This framework allows developers to build a native mobile application with only one codebase. Developers can use one programming language and the same codebase to create apps that work on different operating systems like Android, iOS, Linux, and Windows. This feature puts Flutter on top of your company’s most progressive ideas list. Applications built using Flutter are; Reflectly, Postmuse, Lunching, and Google stadia.

Difference Between Flutter and Xamarin

While both frameworks have the same objectives and share similarities, they still have significant differences. Comparing Xamarin vs Flutter helps streamline the differences and allows you to weigh your options carefully. Let’s discuss the main features that make each of them stand out.

Xamarin uses C# as its programing language of choice. In terms of adoption and use, C# has by a considerable margin the larger community. This is because it has been established for quite a while and is employed in combination with the widespread and powerful.NET Framework.

Flutter’s Language of choice is Dart. Dart doesn’t have plenty of expert engineers since it hasn’t seen lots of adoption as it’s recently developed.

Both frameworks boast unique functionality that is close to native. Xamarin adds about 3-5 megabytes for the application release and 20-25 megabytes for debug build, significantly increasing the app size.

Flutter also spots an increase in app size since it needs libraries to port over framework code to native.

Xamarin is free to use. The development of Xamarin Apps is primarily done in Visual Studio IDE, which provides different features and tools to assist with the development. Depending on the company size, there might be a need to buy a subscription for its developers. A paid Visual studio IDE subscription provides more tools.

Unlike Xamarin, Flutter is completely free to use and can be built in many IDEs like Visual Studio Code. You are no longer required to use only Android Studio or Visual Studio Code; you can use all IDE freely.

Xamarin architecture uses a Mono environment used in iOS and Android. Mono is mixed with different components to give a seamless response. For instance, iOS uses Linus kernel and Objective-C runtime. While Android, it uses Android Runtime.

The Flutter architecture is arranged both simply and organically. Most of the components needed have been built into the Dart framework. Hence communication with native modules is not always required. Like Cupertino and Material Design, already implemented frameworks contain technologies for creating applications.

It has an engine with large, powerful, and reliable essential channels and protocols.

Flutter and Xamarin forms are great for building applications! Picking between Flutter or Xamarin depends on the priorities of your project. First, streamline your preferences and decide on which framework to use, then hire a developer to get it done.