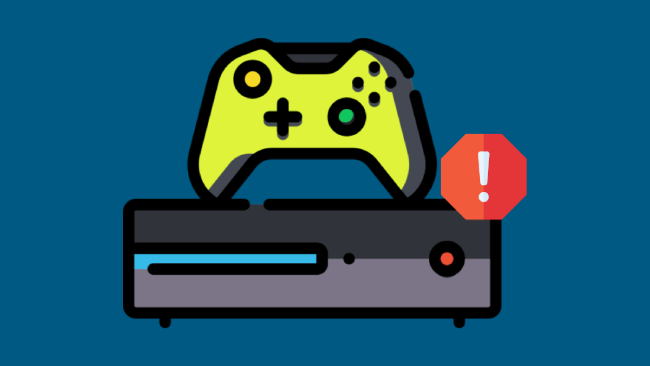 After finishing your favorite game, you’ve gone to sleep or out with your friends, whatever. Later, you’re trying to turn on your Xbox One but for some reason, it won’t!

“What the heck is going on?” you’re wondering.

Now, you’ve just noticed that the LED indicator light on the power brick is glowing or flashing an orange light.

“Why is it flashing orange?” You’re thinking.

Thanks to Google, you searched for the issue, and now you are reading these words.

We want to tell you: don’t worry. It’s a common yet simple problem, and by the end of this article, you will understand why it happened and how to solve it.

If you’re in that Xbox One power brick orange light situation, start by following Microsoft’s advice and performing a soft reset. If that didn’t do the job, maybe it’s the electrical outlet, so try another one. Cleaning the Xbox One power brick of any dust or dirt is also essential. Finally, and before replacing the power supply, try a hard reset.

Why My Xbox One Power Supply Has an Orange Light and Won’t Turn On?

To answer that question, you should know a few things:

First, the original Xbox One has a bulky external power brick, and that power brick receives power the console requires to operate properly.

This power brick has a LED status light that makes it easier for the user to recognize the console’s current status and, if necessary, to troubleshoot issues. For example, when everything is in order, it will light up white.

With that being said, if your Xbox One power supply has an orange light and won’t turn on, it means that your power supply is NOT supplying the required amount of power to the console. In other words, the console is not receiving sufficient power to turn on.

“Alright, so why is this happening?”

Well, in general, the causes of this issue are all power-related.

Whether it’s because of a damaged power supply, power outages, power fluctuations, a faulty electrical outlet, or it’s just that you powered off the Xbox One wrongly.

How to Fix the Xbox One Power Supply Orange Light Issue

Performing a soft reset is a must-try since it’s the first recommended solution to fix the Xbox One power supply orange light issue according to Microsoft.

1. Unplug the power cords from the wall outlet, the power brick, and the Xbox One console.

2. For the next 10 minutes, please leave everything unplugged.

3. Reconnect the power cords to their places, making sure everything is properly connected.

4. You may now test to see if the orange light problem has been fixed.

If the orange light is still glowing or flashing, don’t worry, there are plenty of other solutions. Just keep reading.

As you’ve just learned, the main reason for the Xbox One power brick orange light issue is power related.

There’s a probability that the power supply is fine, and the issue is with the power source/outlet.

Just to let you know, if the power source you’re using has any issues—such as a lack of power, an improper connection, or a general defect—the Xbox One power brick will prevent electricity from reaching the console, protecting it from power fluctuations and electrical damages.

To make sure the current electrical outlet has no problems, you should try another one.

Simply unplug the Xbox One power supply from the current electrical outlet. Then plug it into another one, and make sure it’s firmly connected.

If still have that issue, don’t give up hope yet. We have other solutions. Keep scrolling!

Why not try a more intense solution? If the soft reset didn’t do its job, then let’s do a hard reset.

This is not just a random solution though. Some users who had the same issue reported that performing a hard reset fixed the Xbox One power supply orange light issue.

Basically, a hard reset is usually recommended for fixing many software and hardware issues across all devices.

“There are different hard reset techniques mentioned online; which one should I use?”

On many occasions, people confuse hard reset with factory reset, which is a big mistake, as you do NOT have to lose all of your saved data in order to hard reset your Xbox One. Use these instructions to make a hard reset happen:

1) Remove any discs from your Xbox One.

2) Press and hold the sync button, the eject button, and the Xbox logo power button simultaneously.

3) Keep pressing and holding all buttons for roughly 10 seconds, or until the power button begins to flash.

4) While still holding the sync and power buttons for another 15 seconds, release the eject button ONLY.

5) Then, power up your Xbox One and see if the problem persists.

It’s sad to say but you may still face the issue. In this case, don’t be impatient, just give it another try with the next solutions.

4) Clean the Xbox One Power Brick

Before even thinking of completely replacing the power supply, you should clean it of any dust or dirt. It’s as simple as that!

1) For your safety, unplug the power brick from the power source and any connected cords.

2) Wipe down the surface of the power brick carefully using a clean piece of cloth.

3) Now, get a hair dryer, set it on the cold air, and start blowing out the dust and dirt inside the power brick carefully.

4) Plug everything back, power your Xbox One console, and check if the issue is resolved.

If it didn’t, you must be disappointed right now.

We get it. But we do need you to check the last solution we have for you, which is…

Sorry, you must have known this was coming! Simply replace your power supply unit with a new one, that’s it.

We should tell you that the original Xbox One console is no longer manufactured by Microsoft, nor its power supply component. So, you’re limited to third-party options like the Ponkor Power Supply, which costs around $23.

What Does Orange Light Mean on Xbox One Power Supply?

Think of it as a simple way to inform you that the Xbox One console is in standby mode, or is not receiving sufficient power from the power supply to turn on.

How Do I Fix the Orange Power Brick on My Xbox One?

Why not start with the most simple solution? Yup, performing a soft reset. Then you can try other solutions like changing the power source, cleaning the Xbox One power brick, or even performing a hard reset on the Xbox One!

How Do You Fix the Orange Light of Death on Xbox One?

Before thinking of replacing the current Xbox One power supply, you should consider trying these solutions: start by simply checking that the power outlet is fine and working properly. Then, try a soft reset. If it didn’t work, try cleaning the Xbox One power brick or, finally, perform a hard reset.

Ultimately, encountering this Xbox One power supply issue may seem like the end of the world, especially if you’re not able to turn ON your console and enjoy the sunset in Forza Horizon.

However, this issue can be solved with a few simple steps, including; performing a soft reset, trying another electrical outlet, or cleaning the power brick of any dust or dirt, etc.

If you have any suggestions or solutions that we haven’t included in this article, please feel free to provide your comments below.