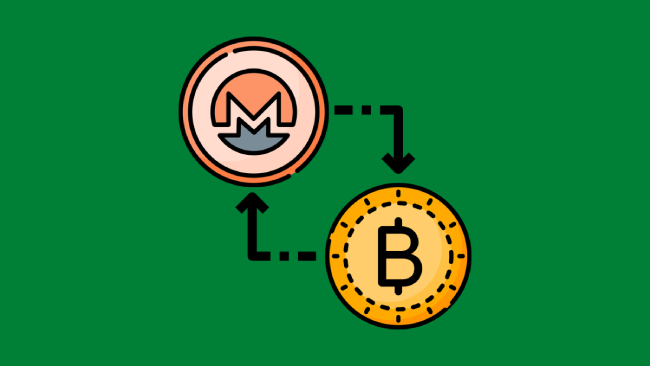 XMR to BTC Exchange — Is It Worth It?

Cryptocurrency prices are volatile. These fluctuations mean that you can make money by simply exchanging one cryptocurrency for another at the right time. The two main ways to make money are to take either the short or long position when trading crypto.

As an example, let’s examine Monero and Bitcoin to help you understand how to decide whether it is worth exchanging one cryptocurrency for the other. Using this logic, you can analyze any crypto pair, be it BTC to ETH or FTM to AVAX.

Monero is the most popular privacy-focused cryptocurrency in 2023. It maintains privacy and security through stealth addresses that mask the senders and recipients of the currency. You can also rely on its ring signature cryptography to keep your transaction as anonymous and untraceable as possible.

2022 has seen a largely bearish crypto market. Monero has performed way better than its counterparts despite experiencing some price drops too. The coin is expected to keep increasing in value with time.

At the time of writing this article, Monero stands at $140.

How Is Bitcoin Doing?

As the most mainstream cryptocurrency, Bitcoin has seen some better days than where it stands today (about $19,000). By mid-2022, the cryptocurrency had dropped by as much as 70% from a high of $69,000 in November 2021. It was among the heaviest-hit currencies in today’s bearish crypto market.

However, the coin is bound to bounce back to its highest points considering its mainstream acceptance. For instance, institutional investors like Amazon and Microsoft have been embracing the currency within the last two years by allowing people to pay for products and services through it.

The currency is also highly liquid, with almost every coin exchange listing it. Lastly, its latest upgrade, Taproot, looks to improve the transaction efficiency, speed, and cost to make it easier to transact.

Should You Swap XMR to BTC Now?

It’s clearly evident that Bitcoin will do better in the coming years in comparison to Monero. Even better, Bitcoin is at a record low this year. If you were to swap your XMR to BTC and hold the BTC, you stand to profit once BTC prices increase with time. Make the swap while the price of BTC is still low to increase your profit margins.