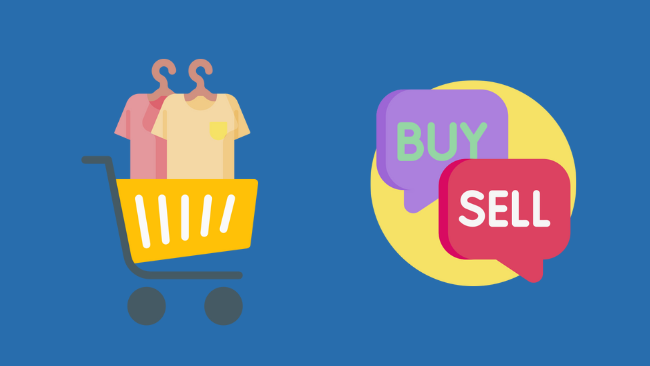 When it comes to selling used clothes online, there are very few sites that can match up to the performance delivered by Poshmark. With its intuitive user interface and uncluttered look, the site has managed to get hold of a committed clientele over time. Here we shall look at sites like Poshmark that come close in performance to the original website in dealing with used clothes.

One of the most notable features of the internet is that once success is achieved by a particular site, it is often copied or duplicated over numerous other copycat sites. Discussed in brief are some of the most used and popular sites that are competitors to Poshmark and at the same time deal in used clothes.

The sign that a particular business model is a success is that often there are copies of the website that goes on to do more or less the same thing. This is true of Poshmark as well with apps like Poshmark popping up to offer competition and an alternative to using the original site.

Mercari is to be noted for the simplicity of the design of the site and its ability to do a sale with the minimum fuss or action. The huge market that exists for gently used clothes only adds to the greater success of the site.  It only adds to the convenience of the user to have the site as an app version suited to Android and iOS smartphones.

Sales on the site attract a 10% commission and this is principally what brings in the revenue to the Mercari promoters. Each sale is followed by shipping instructions and is charged to the buyer. There is insurance taken out for a sum of $200 on each consignment that protects the buyer from damage in transit. One of the most notable features of the app is its simple user interface and design.

Considered to be the one-stop solution to all things used and being sold, eBay has the ability to discover prices for those not sure of the value of their products. More than just an auction site, eBay remains one of the most preferred Poshmark alternatives.

Tradesy differs from other alternatives to Poshmark in that they provide the seller with an assist to make a sale. Thus, the user is tutored on the finer aspects of selling to groups and the use of social media. Package and postage charges are handled by the app but there is a commission on the sales generated.

Rather a quaint shopping site for those used clothing items. On offer is used jewelry as well as a collection of accessories too. Commissions are charged when sales are made and remain the prime income for the website.

This is one of the websites like Poshmark that does not charge a percentage commission on sales. An added option to make a swap instead of a sale only adds to the versatility of the trading system. Thus, it becomes easy to turn over the wardrobe at little cost to the user.

In case a swap is chosen, Vinted charges a small fee as insurance. This is to protect the interests of the buyer so that he is not short charged at the end of the transaction. The application relies on more of the direct approach to sales as compared to the groups that other apps focus on. Thus, selling in bulk would not be possible and most people resort to using the app when there is a single piece or two to dispose of.

ASOS is for the youth and those young at heart. With over 850 brands to choose from this is certainly not a site to be missed for those fashion officiators. There is a commission charged to sales and remains fixed to the purchase price of the product.

If a particular user wants to dispose of their used clothing in bulk, then ThredUp is the ideal marketplace for you. It takes away the additional hassle of having to dispatch the items to the buyer by using pre-paid pick-ups. Since the effort taken to achieve a sale is minimal on the app, the user must also be prepared to gain small amounts as well.

The business model of ThredUp is to send you a postage-paid bag that is filled with the items that you want to dispose of. Once the company receives the shipment, the payment is made to the predetermined account. The whole process is to be noted for its simplicity and ease of use and particularly for those wanting to dispose of material in bulk.

When it comes to an app similar to Poshmark, there is no taking away the fact that Depop is the closest that it gets to the original. The focus here is on building up communities of users so that selling becomes easy for a group of people. Not only does the site give out the history of purchases in your community of users, they additionally layout what the influencers and celebrities purchase on the site as well. It then becomes possible to keep track of the current fashion trends this way.

Depop charges a 10% transaction charge on every purchase and the sale is completed through PayPal which makes it all the more secure to do. The site is for those folks who can leverage the power of social media to develop a devout set of followers that are influenced by what you purchase online.

The prime focus of the site is to deal with used vintage clothing items. That does not mean that it does not deal with contemporary clothes. Trades are easy to put through and there is the additional protection of authentication of goods sold on the site.

The site TheRealReal has been the talk of the town for the simple reason that it has been targeted by some of the influencers on Instagram and YouTube. If it is luxury clothing items and accessories that are to be disposed of then there is no better alternative to using the site. The strong part of the sale on TheRealReal is that each of the items is authenticated which ensures that a sale is executed in real quick time as well.

There is a 15% commission charged by the site and items have to be shipped to the buyer. The handling of the purchased goods is made simpler with the introduction of pre-printed labels which can be attached to the products on dispatch.

This is a site that focused on re-selling used handbags and related accessories. An uncluttered user interface adds to the charm of using the site. There are physical stores of the site at popular destinations in the United States.

Items are listed on the shopping site for free and sales do carry a commission. The user interface is easy and convenient to use for most parts. The site is hosted in the UK and the customer base is also primarily in the United Kingdom as well.

Grailed limits itself to menswear and nothing else. The platform has all that it takes to carry through trade in men’s items of clothing. With the use of authentication, it is possible to have a unique offering of used items on sale.

With the option of doing an online sale or at one of their physical stores, Crossroads Trading makes sales of products look easy. A strict pre-evaluation process ensures that only the good value products are stocked on the site.  There is a commission charged to sales and this could mean a loss of value of the sale.

Facebook is considered by all the original networking sites to have made it. The marketplace is a facility of Facebook that facilitates eCommerce among the users of the site. Trades are done commission-free which means the seller gets to pocket most of the money.

Poshmark works by using the power of groups or social media to market products. The site and websites similar to Poshmark are used to exchange or sell used garments and accessories. Most sites make money by charging a commission on the sale and some sort of support is provided to the seller to make a sale

If a user is seeking to strike a bargain, shopping for used clothes and accessories, then Poshmark and its alternatives are just the places to go. There is a wide variety of fares on offer and it uses the power of social networks to get the word around to potential buyers. Certainly, this would be the way to go in the future marketplace with the sites replacing the traditional second-hand stores.