Can You Play Sims on Chromebook (How To Guide) 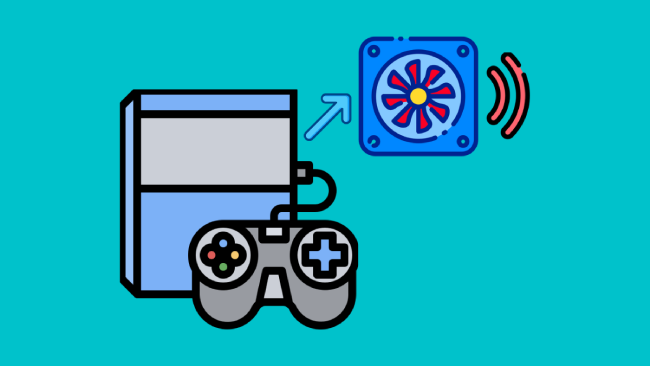 Why Is My PS4 So Loud? (FIX PlayStation Fan Noise)

The PS4 is among the top gaming consoles. Even so, it will undoubtedly become loud despite how robust it is. Owners of consoles frequently deal with this issue. Depending on how frequently they use it, their PS4 will eventually get to sound louder than a jet engine.

So, in this post, I’ll clarify why your PS4 is so loud and then give you some advice on how to repair it.

a) Noise from the Fans

The console has an effective cooling system that often functions for extended periods. Despite this, dirt and other particles eventually get within it.

The temperature of your PS4’s chipset affects how loud it is. The fans will begin to rotate more quickly as the temperature rises. Heat gets stuck within the console as dirt assembles and obstructs its exhausts, causing your fans to run continuously at full speed producing a loud sound.

The hard drive in the PlayStation is a Serial Advanced Technology Attachment (SATA). It is mechanical hardware that reads and writes data from and to spinning platters. This kind of hard disk can make a lot of noise because of its nature.

SATA drives typically create some noise during their lifespan. It shouldn’t be an issue because the noise levels they generally emit aren’t very loud. On the other hand, if the loud noise coming from your PS4’s hard disk is what you think is coming from it, it’s likely failing.

If you frequently play games and utilize apps with a resolution of 4K or higher, your console will have to work much harder to keep the same resolution during the session. It consequently results in a loud fan that is actively trying to cool down and adjust the console’s internal temperature.

How to Fix the Loud Sound in My PS4

1. Place the PS4 in a Ventilated Area

The fan activates when your PS4 system becomes too warm. The fan will likely start spinning and become louder than usual. Move any objects that are on or near your PS4 console. Then wait a few moments to check whether your console cools off and becomes quiet.

Just make sure there is adequate room for ventilation around your PS4’s back and sides. Please avoid covering your PlayStation with items such as towels, outerwear, bags, or anything else.

Playing in a hotter environment isn’t encouraged because the PS4 gets hot while in use. Keep it in a space with a comfortable temperature if at all possible.

We’ve heard complaints of PS4 owners hearing strange sounds while playing their consoles in areas with temperatures as high as 35 degrees Celsius. For optimal results, keep your console in a space with a top temperature of between 20- 25 degrees Celsius.

A vacuum cleaner is the best tool to use to get rid of built-up dirt from the fan vents. Not forgetting, it’s quite safe to vacuum over the cooling vents. To ensure optimum airflow inside the console, clear the vents of all dust.

If you’re experiencing trouble getting rid of accumulated dust, you might consider running a rag through the vents first before vacuuming. The vents on the console have indents, so if you can’t get the vacuum cleaners nozzle into them correctly, a cloth can assist to release the dust.

A can of compressed air is commonly used to clear clumped-up dust from the PlayStation vents. It is a practical method for cleaning the vents without removing the console’s cover. You can also speed up the process by using a soft brush.

Put on a mask to protect your face before beginning any cleaning to prevent inhaling dust through your mouth and nose. Additionally, as a precaution, let your console cool down before utilizing compressed air.

By using compressed air, the vents’ dust will be thoroughly cleaned out. It will gradually lead to a reduction in fan noise. Unfortunately, it is impossible to completely clear dust in the console.

This process must be repeated every two to three months. As a result, your PS4 will continue to operate at its peak efficiency and remain problem-free.

The PS4 can be positioned vertically even if its default orientation is horizontal. On the flip side, the vertical position blocks some of the side vents, resulting in restricted airflow. The fact that it isn’t receiving as much air, may affect its cooling efficiency.

You need to know that when you place your PS4 horizontally, it will provide you with a silent gaming experience because the vents are on the side. A PlayStation with a DVD drive will also be silent when placed horizontally because that’s how the drive is built to be used.

This is only essential if it is broken, which you ought to be able to identify easily. The fact that the fan isn’t spinning is the most obvious problem, but if it’s vibrating or making a loud noise, you may be dealing with a dysfunctional fan.

If your PlayStation is under warranty, a defective fan replacement must be covered. Therefore, before you do it, check with Sony first as it could be able to give a repair or replacement and spare you the trouble.

Having said that, changing a PS4 fan is not that challenging. Again, you’ll have to go into the console to pull the fan component out, and replacing it isn’t too difficult.

You can purchase a replacement fan, but ensure it is compatible with the PS4 model you have. If you’re open to looking around, you should have no trouble finding third-party products that will work with all PS4 models.

6. Open your PS4 Console and Clean the Interior Part

Your PS4 console should be opened and cleaned if you have already attempted all the solutions listed above. To do this, unscrew each Torx screw locking the casing in place using suitable Torx screwdrivers. Secondly, ensure your console is turned off for a few minutes to avoid electric shock.

It’s important to remember that repairing your PlayStation yourself or taking it to an unapproved service facility voids your warranty. So, if you’re having this issue within the warranty period, we recommend going to one of Sony’s Authorized Service Centers as they might be able to fix it for you at no cost.

The steps below will show you how to disassemble your PlayStation and clean it inside:

Why is my PS4 blowing so loud like a jet engine?

The following factors could cause your PS4 to be noisier than usual: The fan ports have dust in them. Second, there is insufficient space for airflow or high-intensity gaming.

How do you make the PS4 quieter without taking it apart?

You may silence a noisy PlayStation without dismantling it by cleaning it with a portable vacuum cleaner set to the lowest pressure level. Excessive dust is likely interfering with the centrifugal fan’s ability to function.

Does cleaning the PS4 enhance performance?

Yes, if you don’t clean, there’s a good likelihood that dirt and dust will accumulate within. When it goes unchecked, It will affect the performance since the system’s fans will have to work harder and generate less efficiency overall. This is because more heat will be retained in the system due to the dirt.

Is the noise from PS4 normal?

Yes, there are occasions when the fan becomes unbearably loud. It’s simply the fan attempting to maintain the system cool. Do not worry; the system will automatically turn off if it becomes too hot.

Can you replace the fan in a PS4?

Yes, take out the three Phillips head screws, then raise the plate. At this point, you can take out the two Phillips screws holding the fan in place. Also, some PlayStation models come with a third screw. Replace the old fan, then take it apart and put it back together in your system.

How can I tell if my PS4 fan is broken?

Simply spin the fan and check to see whether it spins freely. Most defective fans have a faulty bearing. When you spin it, if it doesn’t spin entirely freely, it might be having a problem.

Your PS4’s inlets and outlets may become blocked over time by dust accumulation, which makes it harder for the console’s fans to draw in and exhaust outside air. The air channels inside are likely dirty if you can see a buildup of dust through the holes in the rear of the console.

Like other gaming systems and electronics, the PS4 will ultimately experience hardware issues. Loud fan noise coming from inside your console is one of the frequent problems you’ll encounter. Therefore it’s important to find a solution as soon as possible. This article should therefore assist you in resolving the PS4’s noisy fan issue.