How to Use Xbox Controller on PS4 and PS5 (PROVEN Way!) 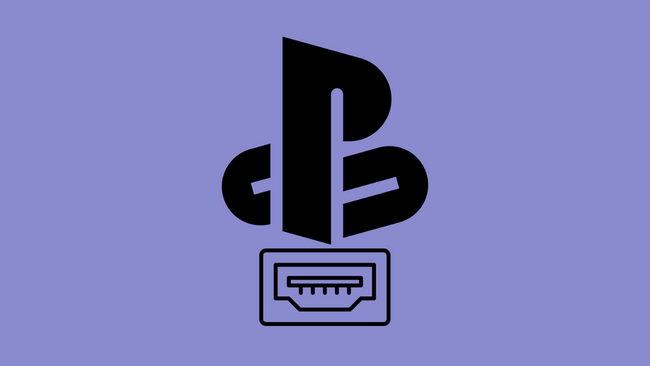 If you find yourself stuck with a black screen while playing your PS4, the issue may be with the HDMI port. So how can you be sure? Like any other PS4 problem that can keep you from playing games, such as controller drifts, software crashes, or overheating, we know how frustrating it is when you can’t figure out the problem.

Don’t worry! We’ve created this guide to help you fix PS4 HDMI port in no time.

How to Repair PS4 HDMI Port and Cost?

What can you do if you find yourself stuck in a situation where your PS4 HDMI port is not working? Well, a step-by-step guide will help you resolve the issue at your home. Remember that replacing the HDMI port is quite challenging, and we don’t recommend performing a DIY repair unless you either are an expert at repairing consoles or know what you’re doing (which means you could further damage your PS4).

To avoid all the hassle, it’s best to contact Sony and schedule a repair or get a PS4 HDMI port replacement. Sony usually charges $150 for repairing the HDMI port, and there is a higher chance this would not be available under warranty. This might be due to the physical damage to your PS4 HDMI port or the age of your console. So be prepared to pay to get it repaired.

If you do decide to repair the PS4 HDMI port yourself, here’s how to do it.

First, remove the warranty seals on the rear of your PS4. Behind these seals, you’ll see the screws holding the top plastic tray.

See also
How Much is My PS4 Worth? (Best Price for Used PS4)

What You’ll Need to Replace Your PS4 HDMI Port?

1. A new PlayStation 4 HDMI port.
2. A desoldering pump: A device designed to suck melted solder out of the board and pin.
3. Solder: An alloy often used to join metal parts as it has a low melting point.
4. A soldering gun: A device that uses heat to separate or join metal connections.

What is the HDMI Port Used for?

A PS4 HDMI port transmits the audio and video signals from the console to a display source, like a computer or TV.

Can You Use the PS4 Without HDMI?

Using your PlayStation 4 without an HDMI port would be impossible, as it does not come with another video output source. PS4 consoles also don’t have drivers that support USB to HDMI adapters, so relaying video signals through one of the USB slots won’t work either.

How Can You Tell if PS4 Video Problems are Caused by a Broken HDMI Port?

If your PS4 blinks a white light and the display is completely black or displays a blurry video output, then there is something wrong with your console’s HDMI controller chip or HDMI port. Sometimes a faulty HDMI port is a common reason causing poor video quality on your console. Here are some common reasons why your PS4 might not show video.

What Causes the PS4’s HDMI Port to Break?

The biggest issue with the PS4’s HDMI port is its poor design, making it more prone to wear out and damage easily. Most PlayStation 4 consoles from the first generation have the same issue. Here are some things that damage the weak HDMI port of your PS4.

1. The HDMI cable is frequently plugged in and out.
2. Plugging the cable in with force or at the wrong angle.
3. An unexpected force pulled out the HDMI cable.

Can You Fix PS4 HDMI Port Yourself?

Repairing the PS4 HDMI port is a little tricky but doable as long as you have the necessary tools and are confident enough in your soldering abilities. However, replacing the HDMI controller chip is far more difficult. So, it’s best to avoid repairing it yourself unless you are either an expert or don’t mind further damaging your PS4. An authorized repair center should repair a damaged HDMI port. However, if you go with DIY repair, we’ve mentioned a step-by-step guide to do it.

How Much Does it Cost to Fix HDMI Port on PS4?

Most PS4 users verified that Sony would charge approximately $150 to repair the HDMI port on your console. However, if you consider going to an unauthorized repair center, you will have to pay a lot less, like approximately $100. But remember that this will void the PS4’s warranty.

Where Can I Get My PS4 HDMI Port Fixed?

If your console needs to be repaired, here are some options to choose from. Let’s have a look.
Sony’s Authorized Repair Facility. If your console has a valid warranty, then it would be best to get it repaired by Sony.
Local Repair Outlet. Another great option would be to find a local repair expert who knows what they’re doing and has enough experience to repair your device.
Diy Repair. Be realistic with your repair abilities and skills before considering this option.

If you’re having trouble with your PS4 HDMI port, don’t worry. Follow these steps to get your PS4 back up and running in no time.

Hopefully, this guide has helped you fix the PS4 HDMI port as soon as possible. Make sure you’ve got the right equipment and knowledge to go for a DIY repair. Otherwise, it’s best to get it repaired from an authorized service center. Were you able to repair the HDMI port on your PS4? If so, share your experience in the comments below!