How to Find AirPods When Dead or Offline? (REALLY Possible!) 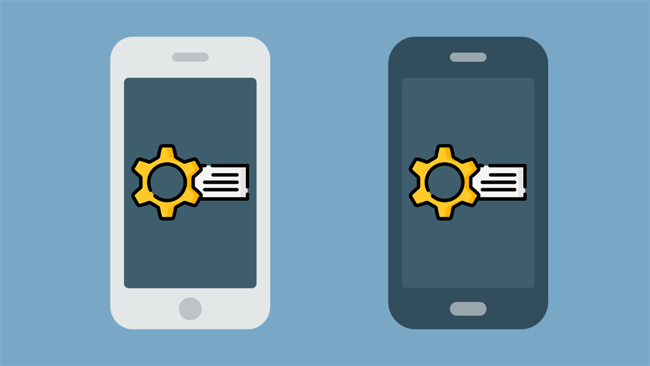 Tweakbox allows users to install third-party apps on their iOS and Android phones without having to jailbreak/root them. With over 2000 apps that are free to use on the system, this is a very desirous application for the smartphone user. Thus, the Tweakbox alternatives provide smartphone users the same functionality as the Tweakbox at the same time maintaining choice for these users.

While most alternatives to Tweakbox are harmless to the user, some of them might in fact host malicious codes that could compromise the functions of the smartphone as well as privacy. It is thus advisable to choose the sites based on personal preference after ensuring that they are indeed safe to use.

Listed out below in no particular order of precedence are some of the most useful sites like Tweakbox that can be put to good use.

This is one of the apps like Tweakbox that could be useful to both iPhone and Android users. People can try out apps without jailbreaking their phones and in total safety as well. The site is perfect for those wishing to try out third-party applications without needing to make major changes to their phones in any way.

There are tons of gaming apps to choose from and most of them are completely free to use. It is also possible to find modified versions of popular channels like YouTube, WhatsApp, and Spotify. The site is also easy to use and those familiar with Tweakbox would have no issues using it.

With Tutu Box people get the freedom to choose completely free apps that perform a range of activities. The site is free to use for most parts with a premium VIP offering that is also ad-free and with faster download times. It must be said of the site that it is partial to iPhone users with a lot more apps being supported by the iOS than the Android operating system.

Considering Tweakbox alternative apps, the Panda Helper is the new kid on the block. But despite the late entry, the site is to be noted for the range and depth of apps that are available for use. The good part of the site is that the software found there can be used both on jailbroken phones and otherwise.

Panda Helper offers both the iOS user and the Android user choice like never before. The possibility that it is possible to log on to the site with the iPhone ID only adds to the safety of the application. The free version is supported by advertisements which can prove to be rather intrusive at times.

Unlike some of the apps that are Tweakbox alternatives, the App db is in fact a website that people can log onto. At hand are some of the best options for using the actual software and available as a free-to-use version of the original.

The website is split into different categories or sections that contain anything from software applications to even popular books that can be downloaded for use. There is the News section that is popular with people wanting to stay abreast of the latest happenings in the app world. A referral program ensures that folks can earn some money by getting other people to sign up for the service.

The direct links on the apps similar to Tweakbox ensure the fast and reliable download of software and applications on your smartphone. Although it is possible to find apps that run on both the iPhone and Android systems, the iOS devices have precedence in terms of the number of apps on hand.

One of the most defining aspects of the app is that it is designed to work with iOS versions higher than 8. The database is getting updated regularly to provide the user with some of the best alternatives to the original programs.

Alt Store supports emulators and available are some of the most popular games of the 80s and 90s. In case the user needs to jailbreak the phone, at hand are some very useful tools to have it done safely too. Use of the app is completely free but it is possible to get to be a Beta tester by contributing to the developer.

CokernutX is an application that can rival the original Tweakbox user base. With a smooth installation, the app is just ideal for those not wanting to jailbreak their smartphones. On hand is a range of apps for the iPhone as well as the Android smartphones as well. A cross-platform capability ensures that it is rather easy to shift from one operating system to the other.

An easy-to-use installation process ensures hassle-free to use and quick functioning as well. It is possible to find souped-up versions of the original apps as well as apps that are not found in traditional app stores.

This is one of those apps like Tweakbox that is to be noted for its simplicity. By far the smallest application discussed so far, but when it comes to being innovative, takes the prime spot. At hand to install are some of the best apps and games to be had for iOS devices. Besides hosting a range of third-party apps, the site is also known for its simple User Interface from among the alternatives to Tweakbox.

The app is completely free to use with no ads to spoil the experience as well. People appreciative of the software could make a donation to the developers and that is how the app gets to keep going.

A Tweakbox alternative known for its user-friendly interface and installation, this has one of the largest collections of free-to-use apps available for iOS users. The site offers rather a high download speed and lightning-quick installations.

Primarily for iOS devices, there is quite an offering available to the free user. Active customer support makes any issues simple to resolve to means the user is free to enjoy the experience.

Something reliable and to be used without Apple getting wind that you are using it. Hosts a large collection of games and emulators which can be downloaded without any charge to the user.

There isn’t anything different than the app offers the user when compared to others in the field. Has a premium version that differs in quality from the free-to-use edition.

Why does TweakBox not work anymore

Tweakbox is having temporary issues concerning its setup. The promoters of Tweakbox have promised to return with new rigor to the satisfaction of the users.

Do you need a VPN for TweakBox

Tweakbox and alternatives to Tweakbox do not have an official mandate. Thus, it could be possible that such sites might have security issues. To protect the user from any misadventure from using such sites, it is advisable but not mandatory to use a VPN.

While most parts of the alternatives to Tweakbox are meant for iOS users, there are options available too for Android smartphone users as well. It must be stressed that handset manufacturers do not endorse Tweakbox or its alternatives. Thus, it is for the user to exercise due caution when using such sites to download apps and programs. The strong point of the apps like Tweakbox is that they do not require the device to be jailbroken.