Fallout 3: The Ordinal 43 Could Not be Located (EASY Fix!) 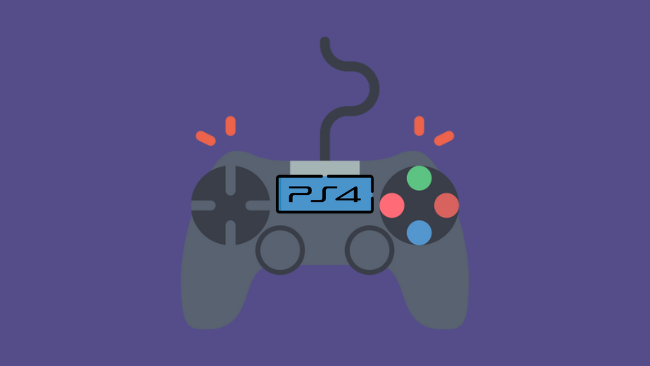 If you are like many gamers, you probably enjoy playing games on your PlayStation 4. One of the things that makes gaming on PS4 so much fun is the DualShock 4 controller. This controller has a lot of features that make it unique and enjoyable to use.

What are PS4 Controller Lights?

The light bar on the PS controller is used to give visual information to the player. The color of the light bar can change during gameplay, and it will also flash when certain events happen.

The light bar can also be used to indicate the player’s health in some games. For example, in the game Bloodborne, the color of the light bar will change depending on how much health the player has left.

On some occasions, the PS controller lights can also be used for communication between players. For example, in the game Tom Clancy’s Rainbow Six Siege, the light bar can be used to indicate which player is the hostage.

What is the PS4 Controller Light Colors Meaning?

The meaning of your PS4 controller’s lights is determined by the number of players and, in some cases, the game you’re playing.

Usually while playing games, you will be displayed with one of these six ps4 controller light bar colors:

Here is what each color indicates:

When you’re playing as player 1 on a PS4 console, the PS4 light bar will display blue to indicate it. If you are playing a game that uses the PSVR, your controller will also turn blue.

Other than that, Blue is also the color used to indicate action sequences between players in some games. For example, in the game God of War, when you’re about to do a team attack with Atreus, your PS controller will light up blue.

The red light on your PS4 controller’s light bar usually indicates that you are player number two. However, depending upon the game and situation the PS4 light bar might show red in other instances as well.

Red is generally used to indicate danger or death in games. For example, if you die in a game, your controller will turn red. In some games like Bloodborne, the color of the light bar will change depending on how much damage the player has taken and the health player is left with.

In Grand Theft Auto 5, for example, when the cops are pursuing you, the light on your PS4 controller turns red.

Green is used to indicate that you are player three when playing with other people. However, if you’re playing a game by yourself, the PS controller’s light bar will not turn green.

Generally, green is used as a color of life, so it’s not surprising that it would be used to indicate the player’s health in some games. For example, in the game Destiny, when your character’s health is full, the PS light bar will turn green.

Aside from that, some games use the green light to provide feedback on what’s going on in the game’s story.

Pink is generally used to indicate player four when playing with other people. However, if you’re playing a game by yourself, the PS controller’s light bar will not turn pink.

There are not many games that use the color pink for the PS light bar. However, one example is in the game Until Dawn, where the color is used to represent your “butterfly effect” score.

In some games, your controller’s color changes depending on which level you’re on. The ‘pink light’ stage is one of them.

Generally, If your PS4 controller is no longer connected to the console because of inactivity, the light bar will go completely white.

White is usually used to indicate that the player has won a match or has reached a new high score. In some games, like Rocket League, your PS controller will turn white when you win a match.

When the PlayStation controller is in rest mode, the light bar will turn yellow.

In some games, the PS controller’s light bar will also turn yellow to indicate caution. For example, in the game Uncharted, when you’re about to be ambushed by enemies, your controller will turn yellow as a warning.

Apart from that, you can also see yellow light while your controller is being charged or if there is any hardware failure with your Dual Shock 4 Controller.

How to Troubleshoot Problems on your PS4 Controller?

As discussed above, it is normal for a PS4 controller to display different colors of lights. However, sometimes the change in color means something is wrong with the controller. For example, if there is a faulty USB connection, the controller might blink orange light.

If your PS Controller is not working properly, here are some troubleshooting tips that might help you fix the issue:

First, try restarting your PS console and see if that solves the problem. If that doesn’t work, try resetting your controller by pressing the reset button on the back of your PS controller.

Here is how to hard reset the PS4 controller:

Replace the Power Cord of the Controller

If resetting the controller doesn’t resolve the problem, check to see whether your power cable is faulty. In most situations, a bad power cable might be the source of the PS4 controller’s red or yellow light blinking issue.

To do this, unplug the power cord from the back of your PS console and plug it into a different outlet. If that doesn’t work, try using a different power cord.

If you’re still having problems with your PS controller, make sure to update your PS console’s firmware. To do this, go to Settings -> System Software Update and follow the instructions on the screen.

If your controller is still not working properly, it might be time to replace its battery. To do this, you’ll need to purchase a new DualShock battery from a gaming store or online retailer.

Here are a few things that you need to keep in mind while replacing the battery:

How The PS4 Controller Light Bar Is Used In Games?

The light bar on the PS controller is used to track player movements and actions in some games. In many games, it displays the game state, for example, the player’s health and other things.

When to Buy a New PS4 Controller?

What Colour light when PS4 controller is charging?

The PS4 controller has different colors that each have a specific meaning.

The light on your PS4 controller turns:

Apart from that, the PS4 controller can display different colors when facing some issues. You can troubleshoot those issues with the help of this article.

We hope that this article was helpful and you were able to know PS4 Controller Lights Meaning and Troubleshoot the problem with your PS controller. If you have any further questions, feel free to ask us in the comments section below.