How to See Deleted Messages on Discord (Try This) 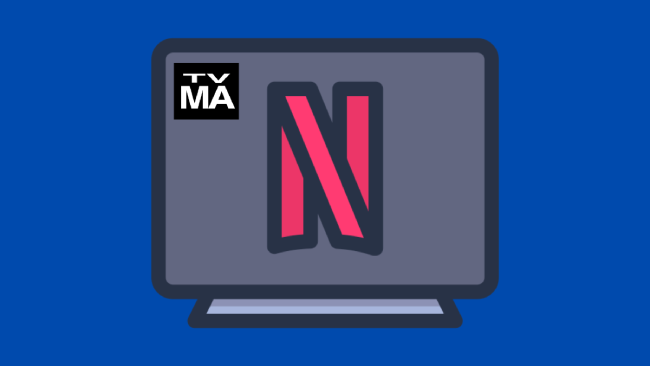 What Does TV MA Mean on Netflix or Hulu? (TV-MA Vs. R)

While watching a movie or show on Netflix or Hulu, you might see a TV-MA rating pop up before the start of that video. You might wonder what TV MA means. Well, the program producers and cable TV and broadcast networks provide the viewers with different television ratings. So they know whether the content is intended for children or adults.

What Does TV MA Mean?

TV MA stands for Mature Audience only. If a Netflix show is TV MA rated, it means there may be graphic violence, bad language, and uncensored sex scenes. Therefore, it’s not suitable for children who are not 18. The best example of a TV MA-rated series is Game of Thrones.

What Are Parental Guidelines?

Today, it’s impossible to find a show that isn’t violent or se*ual in some way. The way the youth consumes content has increasingly become a matter of concern over the past years.

That’s why in 1996, a content rating system was proposed by the US Congress, the television industry, and the Federal Communications Commission (FCC). The main aim of the proposal was to start assigning ratings to various shows.

In 1997, the TV content rating system went into effect and was later named “Parental Guidelines.” It would give parents or viewers a sense of the type of program their children are about to watch by presenting a rating before the beginning of the program.

What Does TV MA Mean on Netflix or Hulu?

Well, the age rating of a show on Netflix varies from country to country. For instance, in the United States, a TV-MA-rated show is for adult viewers only, and children younger than 17 should not watch these types of shows.

Every show has a different rating defined by some categories, including violence, language, and sexual content. Based on these categories, the final rating of the program is determined. So, the government created content descriptors to identify a show’s rating.

In the United States, the content descriptors used for movies or shows on Netflix are:

It indicates that the content has some form of sexual dialogue or reference.

It indicates the display of bloodshed, violence, weaponry, drug use, and other forms of violence.

With these content descriptors, parents can easily understand the TV MA meaning and restrict their children from watching inappropriate content.

However, the Netflix series tagged with a TV MA rating performs well and produces the most revenue.

It’s because most viewers are adults, and thus making more mature content is logical and profitable.

The TV-Y rated show is for all children, as these programs are usually educational. Plus, these are specially created for the younger audience.

The TV-Y7-rated show is intended for children aged seven and up. These shows may contain comedic or fantasy violence because, at that age, a child is developmentally skilled enough to spot the difference between reality and imagination.

G stands for a general audience, and a show rated TV-G indicates that it’s for all audiences. The show may contain no sexual or violent elements and use mild language. Generally, you’ll see the ratings on documentaries and TV shows that children won’t find interesting.

A PG-rated television show is inappropriate for children aged below seven. The show may contain moderate violence, indecent or suggestive dialogue, or a little sexual content. So, guardians or parents should explore the show first before allowing the kid to watch it.

A TV-14-rated show is meant for teens or children aged 14 or older. The programs may include intense violence, strong crude dialogue, intense sexual situations, and complex themes. It is advised not to allow children to watch the content alone without parental presence.

NC-17 stands for “no one under the age of seventeen admitted.” The use of NC-17 is generally seen in movies. It’s a highly restrictive rating in the movies, and parents should restrict their children from consuming this type of content.

TV-MA stands for “Mature Audience Only,” and no one under 17 should consume the content. The shows may include graphic violence, explicit sexual activity, and crude language. After understanding what rated MA means, a parent shouldn’t allow children even to watch a glimpse of the program.

Most of us think that a TV-MA is similar to an R rating, but there’s a little difference between them.

What is TV MA: It means the content is suitable for an audience aged 17 or above. The shows may contain graphic violence, explicit sexual activity, and crude language.

What is an “R” rating: It means children ages 17 or younger require the presence or permission of their guardians or parents to watch the content. These programs generally include drug abuse, partial nudity, persistent or intense violence, cruel language, adult activities, adult themes, or other elements.

Difference between TV-MA and R ratings:

However, the most restrictive rating in the movie section is NC-17.

If a Netflix or any show rated TV MA, it basically includes both NC-17 and R ratings.

Is TV MA Worse than R?

A TV MA-rated show is usually worse than an R-rated movie. However, both ratings are almost similar.

It’s no secret that Netflix’s content is geared toward mature audiences, which makes sense, given that most viewers are older teens or adults.

The TV MA-rated shows are for users over 17 years of age. It gives you a glimpse of what’s coming. However, most MA-rated TV shows are unquestionably diverse.

For instance, I believe that both The Simpsons and Game of Thrones are entirely different. Nonetheless, they belong to the same category.

To give you a glimpse of the type of content that falls under TV MA ratings, here’s a list of the most-demanded TV shows tagged with the mature audience rating:

Why Is There a Need for Ratings on Online Streaming Platforms Like Netflix and Hulu?

The primary purpose of assigning ratings to a show is to give the viewers a sense of what’s coming or what content they are about to consume.

The ratings themselves state whether a movie or show suits the viewing environment and the viewer.

If we talk about the kid’s category, it has the most section-wise ratings, including:

It’s because adults don’t need further sectional categories to distinguish the nature of the content.

To make it simple, as children grow older, their desire for more mature content or concepts grows. As a result, they are bored when they watch shows aimed at a younger audience.

Consider the television show Bob the Builder. This show might interest a seven-year-old, whereas a twelve-year-old might not feel entertained.

It’s because of the development of the kid’s mind and interests. A twelve-year-old is likely to watch content that includes more actions, mature storylines, and new concepts. For example, consider Dragon Ball Z, Bayblade, or other shows.

In the United States, the ratings are implemented by the Motion Pictures Association of America (MPAA).

So, the ratings for a particular show follow proper guidelines from the regional government authorities.

How Can You Prevent Children From Consuming Inappropriate TV MA Content?

With smart TVs, it has become easy for parents to use different profiles for various family members. It helps guardians know what their kids are watching.

To set parental controls on your TV, all you’ve got to do is search “Parental Controls LG TV” (for example) on YouTube to get the steps to do it.

Here’s a list of some popular television brands with their proper parental control guidance:

You can use parental controls at three levels to restrict kids from watching inappropriate content:

It means a lot more ways to consume more mature content. Fortunately, with the help of your smart TV, you can use parental controls to lock down the app store and set a password for accessing a particular app.

If you’re using cable or a broadcast network, you can just block TV MA cable content or that particular channel, and you’re good to go.

Finally, you have the option to set restrictions in the app. Many streaming platforms allow users to create various profiles under one account.

For example, if you’re using Netflix, you can create a new profile for your kids to restrict their access to TV-MA-rated content.

Is TV MA Worse Than R?

The ratings of a TV-MA show are quite similar to those of an R-rated movie, but they can be worse in some cases.

The TV MA-rated show is for audiences older than 17 as it may contain graphic violence, crude language, or partial nudity. So, the content is surely inappropriate for children younger than 17 years of age.

What Is Allowed in TV MA?

TV MA is for mature audiences only. The program is designed for adults and may contain one or more of the following: crude, indecent language, explicit sexual activity, or graphic violence.

What Does TV MA on Netflix Mean?

TV MA on Netflix means that the content is only for a mature audience. The content may include one or more of the following: graphic violence, indecent language, crude or explicit sexual activity. Inappropriate for users under 17 years old.

TV-MA stands for “Mature Audiences Only.” The content is designed for adult audiences. Therefore, it is not suitable for children younger than 17 years old. The program might contain graphic violence, partial nudity, or bad language.

A TV-MA show’s rating is nearly equivalent to an R-rated film, but it is usually worse.

The two most famous TV-MA-rated shows are The Walking Dead and The Simpsons.

Parents can use the rating systems to determine the type of content their kids are about to watch.

If you want to prevent your children from consuming TV-MA-rated content, you can use parental controls on three levels:

Finally, make sure to enable parental controls on all your kids’ devices to ensure that they consume the right content.

Hopefully, you found this helpful. If you have any doubts, let us know in the comments below!