Xbox One Won't Turn On But Beeps (How to Fix It!) 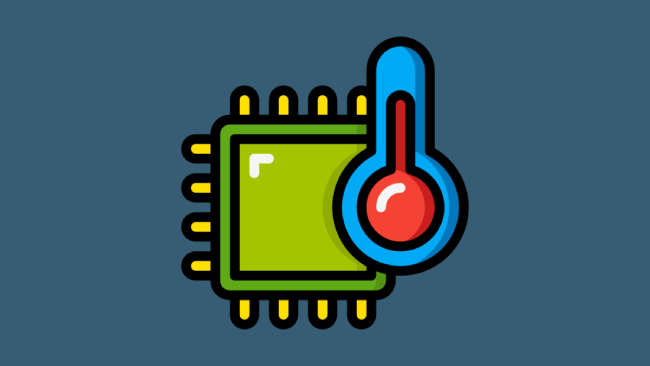 What is a Normal CPU Temp While Gaming? (What’s Healthy?)

Have you ever wondered what the normal CPU temperature while gaming should be? Well, instead of making you wait we will tell you the correct answer right away – it depends on your CPU itself. Some processors have a higher resistance to heat-ups than others. Desktop CPUs are more tenacious as compared to laptops and in the same way, how you’re cooling your processor also matters.

Curious Thermodynamics of a Gaming PC

Believe us; it’s not as simple as just adding an air cooler or even an AIO cooler to your PC to regulate the heat. Ventilation plays a huge factor here. You can have a custom water cooling loop installed in your PC with all the RGB bells and whistles, but it won’t work properly to cool your beast of a machine down if the airflow is blocked by confined spaces and such other things.

A processor’s TDP (Thermal Design Power), which is measured in Watts (W), also plays a role. A higher TDP means more heat. Keep in mind that this Wattage doesn’t mean that the processor will draw the same amount of power from the power supply as its TDP. This measure is just presented to give you an idea about the processor’s cooling needs.

Anyway, the whole thermodynamics of a PC is a very interesting topic to read about, and educating our readers is definitely a goal we’re trying to accomplish with this information piece. Read on.

What is the ​​normal CPU temp while gaming?

Your CPU can heat up to a temperature range of 140° F and 165° F while you are gaming. Some older CPUs can also push past 175° F. But other factors such as the model and make along with case ventilation also come into play.

As we mentioned initially, the normal CPU temperature while gaming totally depends on the processor you have on your machine. We will list the range of average CPU temp while gaming in a detailed table below. You can actually refer to Steam’s Hardware & Software Survey page here and look at the mainstream devices being used by gamers. It is very interesting to see how Intel still reigns the Gaming sector with a whopping 66.26% market share in July 2023 and AMD is (not a close) second with one-third of the total market share with 33.73%.

To give you an idea about the average CPU temp while gaming, we have listed a table divided by the companies launching each of these models. Look around and find out what should be the suitable temperature for your CPU while it’s under normal load as well as under stress – for example, while gaming.

Just press Ctrl+F and look for the CPU model you have on your PC.

The fun thing to note here is that the Intel Core-i9 series of processors have a higher heat threshold as compared to the other versions such as the Core-i7 and Core -i5 models. The Core-i3 series models are entry-level processors with lesser cores and lower clock frequency and hence they don’t heat up a lot.

Before AMD launched their Zen series of processors in 2017, their TDP as well as the idle temperatures, used to be extremely high. Mainly because they had more cores as compared to their Intel counterparts. With the release of the Zen architecture, AMD started giving Intel a run for their money both in terms of efficiency as well as the TDP and heat. But as you can see from the table above, the normal CPU temp while gaming for AMD processors can still shoot up to 200°F. Now, that is definitely not a problem if you are properly cooling your processor.

Properly Cooling your CPU for a good average temperature range

Look, it is very crucial that you maintain good hygiene for cooling your PC’s components. Did you know that cooling your hard drive will prolong its life? But anyway, we are mainly looking at cooling down the processor to maintain a good average CPU temp while gaming. This includes doing the following things.

Definitely not. Your CPU can handle that temperature well and it also has a mechanism that slows down the clock speed if the CPU goes beyond a certain temperature limit which in turn cools your processor down. Just make sure you have a good cooler installed and your PC is well-ventilated.

70-75 degrees Celcius is not at all too hot for your CPU to handle. If your CPU limits itself to the limit of 75 degrees Celcius, it’s actually a good sign. You have a suitable cooler installed and your PC cabinet is well-ventilated.

How Hot Should My CPU Be While Gaming?

Totally depends on the model and make of your CPU. Some older CPUs can go up to temperatures above 100 degrees Celcius while newer ones stay relatively cool even under loads where a game is using your CPU. We have a list above that mentions suitable and maximum temperatures your CPU can handle.

Why Do CPUs Get Hot?

Basically because of resistance and usage. A CPU is a small component and can use multiple volts of electricity while in use. Anything that uses electricity to function does get hot and CPUs being the size they are these days tend to get hot because of that. It’s completely normal.

How to Tell If Your CPU Is Overheating?

If you notice your PC slowing down significantly while it’s under load, then your PC is definitely overheating. Sudden shutdowns and hangs can also be a sign. To fix overheating, clean your case fans as well as the CPU cooler. Also, consider changing the thermal paste.

When to Buy a New CPU?

Older CPUs can get hotter as they age. If your PC is showing signs of aging, for example, opening up spreadsheets takes longer, anything that needs CPU horsepower that seems to slow your PC down for a long can indicate that you need an upgrade for your CPU.

I repeat it again, there is no specific number to define what the normal CPU temperature while gaming should be. Every processor is a little bit different from the last one. It may use more volts of electricity, it may have more cores or it must be built on a thicker platform. All of these factors do make a difference when it comes to the average CPU temp while gaming. But overall, you can expect your CPU to touch anywhere between 80-100 degrees Celcius (176-212 degrees Fahrenheit).

All you need to do is make sure that your desktop computer’s CPU cooler is clean and the thermal paste is fresh. The case airflow also plays a huge role. Now, instead of worrying about the good CPU temp while gaming that you should have, go ahead and open up your beast of a machine and clean those fans up well.