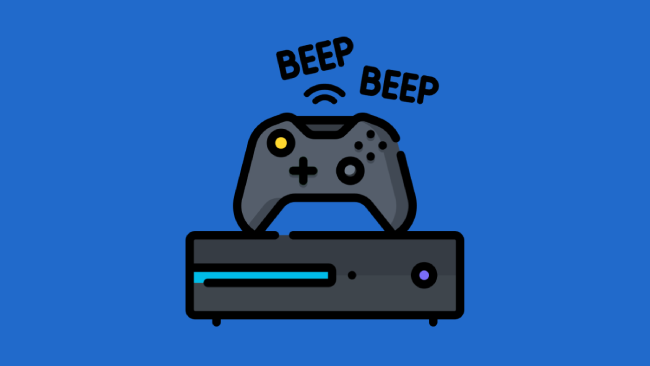 Xbox One Won’t Turn On But Beeps (How to Fix It!)

If you’re suddenly experiencing the “Xbox one won’t turn on but beeps” issue, don’t worry! It’s a common issue that many console users deal with at some point in their lives. Fortunately, there are many proven hacks and fixes you can try to fix beeping issues on your console.

Xbox One won’t Turn on but Beeps

To fix Xbox One won’t turn on but beeps issue, try unplugging it from the power socket and leaving it for a whole minute. Meanwhile, hold down the power button for 30 seconds, as it will drain out any power left inside your Xbox. Now, plug your console back in and press the power button for 15 seconds.

See if it resolves the beeping issue on your Xbox. If it doesn’t, we’ve shared a list of proven solutions you can try to resolve this issue.

Why is it that my Xbox One won’t Turn on but Makes Sound?

Here are the possible causes that prevent your console from turning on.

Sometimes, the internal parts of an Xbox One may build up moisture due to frequent changes in its temperature or condensation due to the internal liquid cooling system.

Usually, this wouldn’t happen unless you run the console in a cool room or a room where the surroundings are humid.

Nonetheless, moisture on the motherboard can cause a series of problems, from not turning on to beeping but not switching on.

In some cases, moisture may also trigger short circuits and sparking inside your console, resulting in more severe problems.

Here’s how to prevent it from happening.

Your Xbox One S and Xbox One X are integrated with this power unit, which can overheat and cause beeping issues on your Xbox.

You can get a replacement for a faulty internal power supply, but unfortunately, it could be an expensive repair and will require a professional to do it.

So, it’s often best to invest in a new Xbox rather than repair your old one.

If your Xbox One won’t turn on but beeps, you may have a faulty power supply.

It could be either the power brick or the wire itself. Over time, the power used by your console can stress the aging power brick. As a result, it won’t draw sufficient power supply from the power brick, causing the Xbox to beep.

As a quick fix, it’s best to replace both the power cable and the power brick. Fortunately, there are many after-sale Xbox power supplies you can buy from the official Xbox website or Amazon.

You can start by replacing one thing at a time and seeing if it resolves the issue before moving to another thing.

Another possible cause for the “Xbox One won’t turn on but beeps” issue is system overheating. It’s among the common problems that Xbox users face nowadays if you leave it on for long hours or if the ventilation is blocked by built-up grime or dust.

If you’re using Xbox continuously, try shutting it down for an hour or longer. It gives your console plenty of time to cool down its power brick and internal components.

Short breaks between continuous gaming can lower the temperature and protect your console from future problems.

If you notice the vent is clogged up with dust or grime, use a brush and compressed air to dislodge and remove the built-up dust. This will ensure more airflow and prevent overheating of internal components.

How to Fix Xbox One won’t Turn on but Beeps

This hack may sound a little odd, but it has helped tons of gamers get their Xbox back up and running while resetting the software. Here’s how.

Now, see if your Xbox has stopped beeping. If not, move on to the following method.

Follow the steps to reset the console’s internal power supply.

Hopefully, this will resolve the beeping issue on your Xbox.

Check if this fixes the “Xbox One not turning on but making sound” issue. If not, try out the following method.

If none of the above solutions works, try booting your Xbox console manually. Do the following steps:

5. Put a Disc Inside your Xbox One

If there’s no disc inside the console, this hack should work.

Hopefully, this will fix the beeping problem on your Xbox and restore it to normal.

One of the most common fixes for getting your Xbox back up and running like before is to power cycle your console. Here’s how.

Pay attention to the power brick’s blinking light. When it turns dark orange, it means the power cycle is complete. Now, it should resolve your “Xbox not turning on” issue. If it doesn’t, there’s something wrong with the internal components. You need to consider getting support from Xbox.

7. Plug it into Another Power Outlet

Use a different power outlet to turn on your Xbox and see if it works. Sometimes, your console may not get sufficient electricity to turn on due to a broken or faulty power outlet. So, it’s best to plug it into another outlet. If that doesn’t work, you need to replace the power brick and cable as a last resort.

9. Purchase a New Xbox One

If none of the fixes helped in getting your Xbox One to turn on, it’s time to purchase a new one. If you do intend to buy a new console, consider buying a digital Xbox, like the Series S.

Why won’t my Xbox Turn on but Beeps?

Here are some reasons why your Xbox won’t turn on but beeps.
> A faulty internal PSU
> A faulty motherboard
> Faulty power cables and bricks
> Console vents, dust, and overheating issues

How do you Fix an Xbox One that won’t Turn on?

If you want to fix Xbox one won’t turn on but beeps, consider soft resetting your console. Here’s how.
> Disconnect your Xbox One from the power outlet and let it rest for 30 seconds.
> Hold the power button to drain the remaining energy in the Xbox One.
> Plug your console back in and see if it resolves the issue.

Why does my Xbox have Power but won’t Turn on?

Xbox One S, Xbox One X, and Xbox Series X/S are integrated with an internal power supply mechanism available worldwide. If your Xbox One doesn’t turn on, you may have to power reset your console. Sometimes, your console may stop working due to power issues like electricity surges.

Why is my Xbox all of a Sudden not Turning on?

There are quite a few reasons that can stop your Xbox One from turning on, such as.
> A faulty power supply
> The power cable is not connected properly
> Overheating, vents, and dust issues.

How come when I Turn my Xbox One on Nothing Happens?

If the Xbox one not turning on but making sound and there’s nothing on the screen, it could be due to the following reasons.
> A faulty HDMI cable/port
> A broken power cable
> Fired motherboard
You can try replacing the wire with a new one or power cycling your Xbox One to resolve the issue.

How do you Fix a Beeping Xbox?

To fix a beeping Xbox, try power cycling it by following the steps below.
> Unplug your Xbox from the power socket and leave it for a whole minute.
> This will give your console enough time to soft reset itself.
> Plug your Xbox back into the power supply and see if it stops the beeping issue.

If your Xbox One won’t turn on but beeps, don’t worry! Here are some proven hacks you can try to fix this issue right away.

Hopefully, this guide helped you get your Xbox back up and running. If you were able to resolve the issue using the above hacks, please feel free to share it in the comments below!